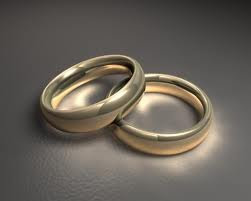 The Archbishop of York and a prominent high court judge have recently spoken out very strongly in support of marriage – as the voluntary union of one man and one woman for life.

In an open letter released this week, religious leaders in the United States have also affirmed the importance of marriage for society;

The letter, titled ‘Marriage and Religious Freedom: Fundamental Goods That Stand or Fall Together’ and signed by thirty nine prominent leaders of church networks throughout the country, begins as follows:

The promotion and protection of marriage - the union of one man and one woman as husband and wife - is a matter of the common good and serves the wellbeing of the couple, of children, of civil society and all people. The meaning and value of marriage precedes and transcends any particular society, government, or religious community. It is a universal good and the foundational institution of all societies. It is bound up with the nature of the human person as male and female, and with the essential task of bearing and nurturing children.

The leaders then go on to warn of the dangers of attempts to redefine marriage:

As religious leaders across a wide variety of faith communities, we join together to affirm that marriage in its true definition must be protected for its own sake and for the good of society. We also recognize the grave consequences of altering this definition. One of these consequences—the interference with the religious freedom of those who continue to affirm the true definition of ‘marriage’—warrants special attention within our faith communities and throughout society as a whole. For this reason, we come together with one voice in this letter.

Finally they give specific examples of religious freedoms that will be threatened if same sex marriage is legalised:

•Religious adoption services that place children exclusively with married couples would be required by law to place children with persons of the same sex who are civilly ‘married’.
•Religious marriage counselors would be denied their professional accreditation for refusing to provide counseling in support of same-sex ‘married’ relationships.
•Religious employers who provide special health benefits to married employees would be required by law to extend those benefits to same-sex ‘spouses’.
•Religious employers would also face lawsuits for taking any adverse employment action—no matter how modest—against an employee for the public act of obtaining a civil ‘marriage’ with a member of the same sex.

The legalisation of same sex marriage has the backing of leaders of all three main parties – David Cameron, Nick Clegg and Ed Miliband.

I have recently highlighted how this is all part of a carefully orchestrated international campaign to change the legal definition of marriage which is being heavily funded by US and European governments.

One prominent commentator has said that this new funding priority by the Obama administration puts US foreign policy on a collision course with religious freedom’.

Marriage is special and unique. Marriage is marriage – one man, one woman, for life. It is not for governments to define - but simply to recognize and protect.

This protection is intricately linked to religious freedom.

Let’s pray that faith leaders speak out as boldly in the UK about these important issues as their counterparts have in the US.
Posted by Peter Saunders at 13:12