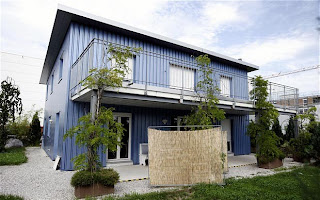 An article in the Daily Telegraph this morning attempts to make news of the fact that figures from Dignitas, the Swiss assisted suicide organisation, show a slight rise in the number of Britons registered.

893 members from this country had registered with the controversial facility by the end of last year,up 14 per cent on the figure for 2010. This means that more Britons belong to Dignitas than people from every other country except Germany.

In total, 182 people from this country have now ended their lives with the group’s help since it was set up in 1998, although the annual figure fell from 26 in 2010 to 22 last year.

No doubt this report will lead for further demands from the pro-euthanasia lobby for a change in the law.

But we need to keep it all in perspective.

These Dignitas deaths, around 20 per year, represent a tiny fraction, less than one in 25,000, of the 500,000 natural deaths that occur in Britain annually. They also need to be set alongside the 1,200 deaths we would see annually, based on House of Lords calculations, with an Oregon type law in Britain, or the 13,000 deaths we would see with a Dutch law.

They also represent an infinitesimal minority of the 70,000 people living with multiple sclerosis, the 120,000 living with Parkinson's disease or indeed the more than 150,000 who die from cancer each year.

There will always be a small group of desperate people taking desperate measures to push the boundaries of any law. This does not mean we should change the law. The present laws against assisted suicide and euthanasia in Britain provide a powerful deterrent against exploitation and abuse whilst giving discretion to judges and prosecutors to temper justice with mercy in hard cases. They are working well and do not need changing. The law is there to protect those who are vulnerable and not to give liberties to the determined.

The hugely disproportionate media coverage given to this small number of tragic cases, fuelled by the public policy machinery of the pro-euthanasia lobby with its celebrity advocates and aided and abetted by the BBC in its capacity as euthanasia cheerleader creates the false impression that droves of British people are participating in euthanasia tourism.

This is profoundly misleading but it is sadly also leading some vulnerable people to be caught up in the suicide contagion created leading to copycat suicides. If instead the BBC and other media outlets abided by international guidelines on media suicide portrayal and promoted good care there would fewer desperate people taking these desperate measures and more who could approach natural death with less fear and anxiety.

And better care and support is the bottom line. Anyone who has suffered personally, or seen a loved one suffer from a progessive neurological disease or cancer, will know what a challenge these illnesses can be. But our proper response should be to make the very best care and support much more widely affordable and accessible rather than resorting to selective reporting and scaremongering; assisted living, not 'assisted dying'.
Posted by Peter Saunders at 03:56