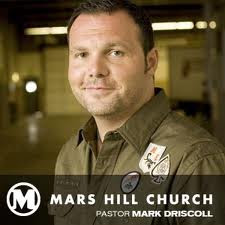 Mark Driscoll is an American pastor and author and the founder and preaching pastor of Mars Hill Church in Seattle, Washington. He also co-founded the Acts 29 Network.

The Mars Hill website describes him as ‘one of the world’s most-downloaded and quoted pastors’. He was also named one of the ‘25 Most Influential Pastors of the Past 25 Years’ by Preaching magazine.

Driscoll's casual, but direct approach style of sermons has resonated in the Pacific Northwest, a region considered the least churched in the nation, according to the North American Religion Atlas.

Mark recently did an interview for Premier Radio with Justin Brierley which is published in the February edition of Christianity magazine.

The interview has caused some controversy relating to Driscoll’s criticisms of young British preachers and ‘effeminate’ church culture.

Driscoll has claimed that he was quoted out of context, calling the interview ‘the most disrespectful, adversarial, and subjective’ he has ever done. He has qualified his comments further in ‘A blog post for the Brits’ on his own website

Justin Brierley has responded in turn to these comments and Ruth Dickinson, editor of Christianity magazine, has defended the interview saying ‘Justin’s interview with Mark Driscoll was robust and fair, and I utterly reject the claim that it was adversarial, disrespectful or subjective’.

1.The interview covers much more than just the segment that has sparked controversy, and there are helpful sections on Driscoll’s recent book (the first twenty minutes or so), the growth of Mars Hill Church, and a number of doctrinal questions. These two men come from different worlds, and it is perhaps not surprising that the meeting of those worlds results in interesting radio. I am sure that both men, although different in their approaches, came to the interview with good intentions.

2.It is vital that we hear the main point that Driscoll is making, that British preachers should be more bold. It is never nice when people make generalizations, but Driscoll is right that we in the UK have too many apologetic preachers. Driscoll is angry at times largely because he has been gripped by the cause of Christ. I sometimes think we would loose more than we would gain if Driscoll was to become more measured in what he says.

3.It is good to hear the whole context of something before passing judgement. So for example later in the interview Driscoll is very kind about British Christians, and in particular Newfrontiers (around 40 mins in). But then I suppose “Driscoll says British Christian group is doing a great job” doesn’t make such a good headline, does it?

4.My conclusion is that both men involved are a gift to the Church, and as I have often said before, you do not have to agree on everything someone believes or says to benefit from listening to them.As Driscoll himself put it, 'I go too far sometimes, almost every other pastor I know doesn’t go far enough.'

You can download the MP3 here or visit the Unbelievable? website to listen to this entire interview.
Posted by Peter Saunders at 23:10