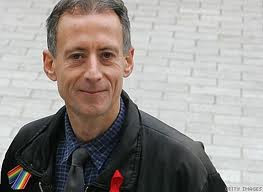 Many people think that homosexuality is a biological characteristic like race or sex – biologically fixed and genetically determined.

They think this because this is the view that has been successfully propagated by the gay rights lobby for decades in order to provide a justification for arguing that ‘homophobia’ is a form of discrimination akin to racism or sexism.

This belief has also been behind moves to treat discrimination against 'practising' homosexuals as a human rights issue by pretending that homosexuals are a biological category like 'women' or 'asians' whose distinctive features are genetically determined rather than just a group who have simply made a certain life-style choice.

Similarly identical twins often have different sexual orientations proving that, although sexual orientation may have some genetic influences, it is not genetically determined. There is, in other words, no such thing as the gay gene.

Sexual orientation is much more accurately thought of in the category of a conditioned (and often variable) preference than a determined biological condition.

Most researchers now accept that sexual orientation (the predominant direction of sexual attraction one feels) is the result of a complex interaction in which nature, nurture and choice all play a part. But whether one acts on those feelings by having same sex relations is actually a matter of personal choice (see my previous blog on the difference between same sex feelings, orientation, identity and behaviour).

First he affirms the reality of bisexuality:

‘Research by Dr Alfred Kinsey in the USA during the 1940s was the first major statistical evidence that gay and straight are not watertight, irreconcilable and mutually exclusive sexual orientations. He found that human sexuality is, in fact, a continuum of desires and behaviours, ranging from exclusive heterosexuality to exclusive homosexuality. A substantial proportion of the population shares an amalgam of same-sex and opposite-sex feelings - even if they do not act on them.’

He then goes on to quote Kinsey’s (grossly inflated) assessments of the incidence of homosexuality whilst acknowledging that they ‘have since been criticised as out-of-date, exaggerated and unrepresentative’.

Tatchell also acknowledges that ‘evidence from sociology and anthropology (shows) that the incidence and form of heterosexuality and homosexuality is not fixed and universal, and that the two sexual orientations are not mutually exclusive. There is a good deal of fluidity and overlap.’

In fact he even goes so far as to suggest that some homosexual identities are formed as a result of people reacting to perceived prejudice in others:

‘Gay and lesbian identities are largely the product of homophobic prejudice and repression. They are a self-defence mechanism against homophobia. Faced with persecution for having same-sex relations, the right to have those relationships has to be defended - hence gay identity and the gay rights movement.’

Tatchell, despite these admissions, grossly inflates the true incidence of exclusive homosexuality.

The best evidence (1,2,3) actually suggests that only a very small percentage of men (1-2%) and women (0.5-1.5%) experience exclusive same-sex attraction throughout their life course. It appears that more men and women experience mixed patterns of sexual interest. This includes shifts of interest from one sex to another at various points in their lives or attractions to both sexes at the same time.

Tatchell is right though in saying that bisexuality appears to be more prevalent than exclusive gay/lesbian and if defined in terms of same sex behaviours in past year, may be as much as 5% in men and 11% in women aged 15-44 (4).

Sexual attractions are therefore best understood as lying on a spectrum rather than in terms of a simple dichotomous binary categorisation. Survey data suggest that mixed patterns of sexual desire, including attraction to both sexes at the same time, appear to be more common than exclusive same sex attraction, especially among women.

Well, like many, I am getting rather tired of the term ‘homophobic’ being used as an accusatory label to tar anyone who does not accept, approve and celebrate same-sex sexual relationships and believe that homosexual orientation is a biological characteristic like race or sex.

There are a large and growing number of people (I call them ‘homosceptics’) who neither hate nor fear ‘gay’ people but simply believe that sex outside a lifelong exclusive heterosexual marriage is morally wrong and the fact that we have certain feelings of sexual attraction does not mean that we should therefore act on them.

These people are also highly sceptical about the key presuppositions on which the gay rights movement has based its campaign, such as the beliefs that:

Tacthell’s arguments above, and the findings of recent research, confirm that these beliefs are actually more ‘ideology-driven’ than ‘evidence-based’.

But Tatchell, by suggesting that gay and straight are not distinct categories at all, has also pulled the rug out from under the feet of the gay rights’ movement.

Of course if you accept these ‘key presuppositions’ in spite of the evidence to the contrary you may well believe that people who don’t are ignorant, bigoted, prejudiced or even immoral. You might even feel that such people should not hold public office, publicly express their views or hold any job which involves having to condone, promote or facilitate same-sex intimacy. And you might feel justified in branding everyone who does not share your views as 'homophobic'.

But if you have any sort of intellectual integrity, then you should accept that you have adopted these beliefs in the face of, in fact in spite of, the evidence.

And if so you should stop using divisive labels, and accept rather that there are some people who believe with good cause that to treat homosexual orientation as a fixed biological characteristic like race or sex is to confer upon it a status that it does not and should not have.

4. Last year, two important reports have been published in the United States. The 2011 National Health Statistics Report (NHSR) is a nationally representative, multi-stage study that investigates a wide range of sexual attractions and behaviours (A. Chandra et al., Sexual Behaviour, Sexual Attraction, and Sexual Identity in the United States, US Department of Health and Human Services, 2011). A review from the UCLA School of Law combines data from nine recent surveys (G. J. Gates, How Many People are Lesbian, Gay, Bisexual, and Transgender?, The Williams Institute, UCLA, 2011)
Posted by Peter Saunders at 15:30