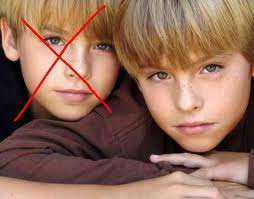 Last week’s Life Site News ran a story titled ‘Five best and worst biotechnology developments of 2011 from a pro-life perspective’ which is well worth a read in its own right.

The third worst development it mentions is that of ‘selective reduction’:

'This year we were introduced to the ugly practice of selective reduction, a euphemistic term that describes the killing of one fetus in a multiple pregnancy. Selective reduction is becoming more commonplace because fertility treatments like IVF are creating more and more multiples and doctors are advising patients to “reduce” their quadruplets, triplets and even twins down to two or even one baby. In 2011 the world discovered the truth that abortion is the "safety net" for IVF.'

Selective reduction has actually been common practice for some time but it was brought to international attention in 2011 by an article in the New York Times titled ‘The Two-Minus-One Pregnancy’ which catalogued the rise of the procedure in the US.

An Australian story later in 2011, highlighted on this blog, described a situation where doctors had ‘mistakenly’ killed a ‘normal’ twin instead of the disabled one they had intended to eliminate. The ‘unwanted’ disabled twin was also later aborted.

The Telegraph ran a front page story over New Year about the increasing use of ‘selective reduction’ in the UK on which I was asked to comment. This was later picked up by the Daily Mail and Press Association but not, interestingly, by the BBC. PA summarized it as follows:

Dozens of unborn babies were aborted in 2010 by British women expecting multiple births but who wanted fewer children. Department of Health statistics found that more than 100 babies were terminated by women expecting twins, triplets or quintuplets.

The statistics, released under the freedom of information law, revealed that in 2010, 85 women aborted at least one foetus while going on to give birth to another baby. This compares to 59 women in 2006. Of the 85 women undergoing selective reductions last year, 51 were reducing a pregnancy from twins to a single baby, up from 30 four years before.

The Department of Health said 78% of the selective reductions performed in 2010 were because there was ‘a substantial risk that if a child were born it would suffer from such physical or mental abnormalities as to be seriously handicapped’ (ie. ground E abortions) but Professor Richard Fleming, the scientific director of the Glasgow Centre for Reproductive Medicine, is reported as saying: ‘I would be surprised if multiple pregnancy through fertility treatment was not a significant component to the increase in selective reductions. One of the components within that is the health of the mother and health of the offspring as well - both are compromised by multiple pregnancy. The more complicated multiple pregnancies lie almost exclusively in the IVF domain.’

According to the HFEA website (see here and here):

‘On average, one in five IVF pregnancies are a multiple pregnancy compared to one in 80 for women who conceive naturally. With approximately 11,000 IVF babies being born each year this contributes significantly and disproportionately to the national multiple birth rate and presents a significant public health concern…. In 2004 the HFEA policy was revised so that now a maximum of two embryos can be transferred to women under the age of 40, with no exceptions, and a maximum of three can be transferred in women aged 40 and over. Since 2004 only 4 in every 100 treatment cycles (4%) performed involved three embryos being transferred.’

Transfer rates in IVF are higher in some other countries:

I was quoted in the Telegraph article as follows:

‘There is no doubt that the rising use of IVF has contributed to a rise in multiple pregnancies. If prospective parents are not willing to have twins then they should not be implanting more than one embryo at a time. Parental preference should never take precedence over the right to life of the unborn child.’

But the full quote I gave them was a little longer and also brought in other medical and psychological issues that the Telegraph decided not to include. here are some of the words they left out:

'...there is very little evidence to suggest that parents choosing IVF will be any more successful in having a successful pregnancy implanting two embryos at once rather than one at a time... Furthermore some families who electively abort one of their children go on to experience a lot of grief. At every milestone for the child they decided to keep, there is this ghost in the room, this feeling that there should have been two or more of them. There is an urgent need to educate couples about these matters’.

I was interested to see further support for the idea of transplanting only one embryo at a time in a BBC article this week on the survival of frozen embryos titled ‘IVF: Frozen embryo babies heavier and healthier’

'Infertility Network UK chief executive Clare Lewis-Jones said the new study supported the move to transferring only one embryo at a time. This cuts down the multiple pregnancy rate - which is higher in IVF than natural conception - with health benefits for mother and baby. She said: "These initial findings, if proved accurate following further research, will give the medical profession more evidence to encourage patients to accept single embryo transfer, which reduces the risks of multiple births to both mother and babies. Single embryo transfer gives the best possible outcome - a healthy singleton baby - with the chance of further frozen embryo transfers in the future."'

I am not advocating IVF, multiple embryo collection, or freezing embryos. But if more than one embryo is being collected in an IVF cycle then, for more reasons than one, it seems best to follow a policy of one embryo being transferred at a time.

This will be mean better survival prospects for the baby and, more importantly, no selective reduction.
Posted by Peter Saunders at 10:50