Christian GP in appeal against home office for unjust sacking 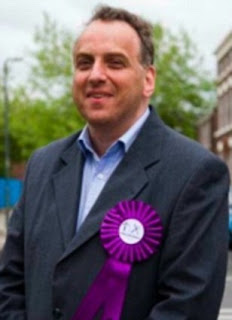 The Daily Mail this weekend has run a long feature on Dr Hans-Christian Raabe, which is well worth reading.

Dr Raabe, a Christian GP from Manchester, was sacked by the Home Office from the Advisory Council on the Misuse of Drugs (ACMD) last February for failing to declare that he had co-authored a paper in 2005, while he was living in Canada, suggesting that there was an association between homosexuality and paedophilia.

The German-born doctor has since been granted permission for a judicial review against Home Secretary Theresa May, which is set to commence later this year.

Dr Raabe, who is being represented by leading human rights lawyer James Dingemans QC, hopes to win back his committee post and, in so doing, stand up for Christians, who he believes are becoming increasingly marginalised and excluded from public office.

The Home Secretary has come under pressure from a variety of sources to offer an apology to Dr Hans-Christian Raabe, but has so far declined.

The paper in question summarised scientific evidence, which was in the public domain, and it was one paragraph, mentioning homosexuality and paedophilia together, which apparently caused the Home Office ‘embarrassment’.

The offending paragraph states: ‘While the majority of homosexuals are not involved in paedophilia, it is of grave concern that there are a disproportionately greater number of homosexuals among paedophiles.’

However, the Home Office had also made essentially the same point in a document it published, which states (2nd para, page 14): ‘Twenty to 33 per cent of child sexual abuse is homosexual in nature and about 10 per cent mixed.’ (See also here)

As I have reported previously there are actually a significant number of articles in peer-reviewed journals supporting Dr Raabe’s view.

I also noted that a major review on the subject of paedophilia published in 2007 and available on line, which reviews all 554 papers published on Medline on pedophilia, also acknowledges that the jury is still out on the matter:

’The main evidence in favor of a relationship between pedophilia and homosexuality is the common cause of fraternal birth order and postnatal learning… It seems to be questionable logic to view these two conditions as completely unrelated.’

That Dr Raabe should be sacked from his role as a drugs advisor on the basis of his expressed opinions on an entirely unrelated issue (homosexuality) is itself at very least unfair.

But the fact that the data he quoted were actually derived from peer-reviewed scientific journal articles (including one quoted approvingly by the Home Office itself!), and on a matter where experts agree that there is a diversity of learned opinion, makes his dismissal both outrageous and inexcusable.

In a democratic and multicultural society people should be free to hold, express and act in accordance with their beliefs and convictions rather than being pushed out of public life.

Dr Raabe has been treated appallingly by the Home Office. I wish him all the very best in his appeal.
Posted by Peter Saunders at 13:38