TV advertising for abortion is unnecessary, discriminatory and an abuse of taxpayers’ money 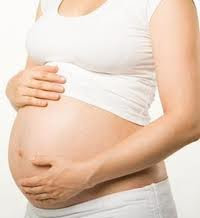 Private clinics that undertake abortions for profit will be allowed to advertise their services on television and radio for the first time, watchdogs ruled yesterday.

Until now, only not-for-profit organisations have been permitted to use television and radio to advertise advice on unplanned pregnancies, although none have so far been able to afford the huge costs involved in doing so.

The new regulations will take effect on 30 April.

There are more than 35 private hospitals in England which currently offer abortion ‘services’, but the overwhelming majority are carried out by Marie Stopes International (MSI) and British Pregnancy Advice Service (BPAS). These are the two organisations that will mainly benefit from the new rules.

Both MSI an BPAS already employ aggressive marketing tactics to promote their services. Furthermore much of their income, presumably including that which will now be spent on advertising, comes from tax revenues.

In 2010 the NHS funded 93% of all abortions carried out by the ‘private sector’ - 111,775 of the total number 196,109 carried out in England and Wales that year (see DOH report, p13). This stranglehold on abortion funding was achieved under the last government. The NHS spent £8 million of taxpayers money funding private abortions in 1991 but by 2010 this had risen to £75 milion.

BPAS and MSI are strongly driven by financial motivations and see success in increasing the number of abortions that they perform. Both organisations (which have a combined income of about £150 million per year, much of it from tax revenues) employ Business Development experts to promote abortion and increase revenues. They have business plan objectives and targets to increase the number of abortions that they perform.

The great tragedy of this business-like approach is that women who are referred to BPAS or MSI for an NHS abortion are effectively denied access to any other source of independent counselling. These organisations depend on their income from providing and selling abortion and are not the appropriate place to provide pre-abortion counselling to vulnerable women who need support. They also receive no remuneration for promoting the alternative pathways of adoption or keeping the baby so there is little incentive to do so.

Therefore, given that about 98% of abortions are actually illegal under the provisions of the Abortion Act 1967, we now effectively have a situation whereby the government will be using tax revenues to fund commercial abortion providers to advertise largely illegal abortions.

Even more ironic then that the two bodies, responsible for Britain’s advertising codes, have said that ‘it had become impossible to justify not allowing companies to advertise because the services they offer are legal’. As if they have the expertise to make a judgement.

Due to the previous rules, only one advert concerning abortions, by MSI, has ever been aired on UK screens. The advert, in 2010, attracted more than 4,500 complaints.

I was asked to comment by the Daily Mail last night and said that, ‘having an abortion is a deeply traumatic experience that can lead to further medical and psychological complications. A 30-second advert is not the place to discuss and promote this medical procedure.’

But this highlights only one reason why we should be concerned about this new development. Television and radio advertising for abortion ‘services’ is unnecessary, discriminatory and will inevitably give the wrong message’.

It is discriminatory as only the big, government-funded abortion providers like BPAS and MSI will be able to afford TV advertising. Not-for-profit crisis pregnancy counselling centres will be excluded because, unlike BPAS they do not receive huge tranches of tax-payers money.

And it will give the wrong message because raising the profile of abortion services will inevitably communicate the message that unwanted pregnancy is not such a big problem, because there is a safety net readily available.

Culture Secretary Jeremy Hunt is now understood to be ‘very unhappy’ about the move, but claims that he cannot override the ruling from the independent advertising regulator the Advertising Standards Authority.

This seems rather odd given that, in answer to a parliamentary question in 2010, his deputy claimed that there were ‘powers under the Communications Act to direct Ofcom on the descriptions of advertisements that should not be included in programme services’.

He also said that 608 pieces of electronic correspondence received about television advertisements for post-conception advice services (603 from the public and 5 from MPs), all but one (ie. 607) opposed the advert.

Given the huge public opposition to this move and the concerns outlined above, the Culture Secretary should have the courage of his convictions and use the powers at his disposal to counter this move. But will he? I am not holding my breath.

My interview on adverts on BBC Radio Humberside
Posted by Peter Saunders at 05:36