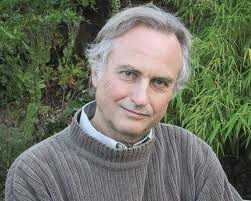 Much ink has already been spilt on Richard Dawkins' reaction to Baroness Warsi’s warning about the rising tide of ‘militant secularization’ and his forgetting the name of Darwin’s classic work on evolution in a radio four debate.

Dawkins' Foundation for Reason and Science (UK) found in a poll published today that almost three quarters (74 per cent) of 'Christians' polled agreed that religion should not influence public policy, while only about one in eight (12 per cent) thought that it should.

It also found that 92 per cent of 'Christians' agreed that the law should apply to everyone equally, regardless of their personal religious beliefs.

Other interesting findings in Dawkins' survey of a sample of the 54% who called themselves ‘Christian’ in a recent census included the following:

None of these findings will surprise evangelicals as it has long been evident that most people in Britain who call themselves ‘Christian’ neither have a Christian worldview nor accept biblical authority.

But I was more interested in Dawkins' statements about his own ethical values.

The Telegraph reports him as saying that ‘Britain is a secular society, with secular, humane values’.

He then goes on to complain about ‘Christian campaign groups’ which have ‘become increasingly vocal’ and are ‘demanding special rights for Christians to be exempted from equalities legislation, strenuously opposing all attempts to review the law on assisted suicide, (and) campaigning against further social advances such as equal rights for gay people to marry.’

So, either explicitly or implicitly, it seems that Dawkins ‘secular human values’ include the promotion of abortion, euthanasia, sex outside marriage and same sex marriage. No wonder he dislikes Christianity so much.

The Appignani Foundation was set up in 2001 by Louis Appignani with an endowment of US$2,500,000 to support ‘secular activities that will address significant, viable and long term human goals on our planet’.

These goals, we are told, ‘can be accomplished by encouraging creative free thought that spreads humanistic values and through a commitment to the belief that scientific research is the most reliable path to truth’.

IHEU is the ‘world union of more than 100 Humanist, rationalist, ethical culture, atheist and freethought organisations in over 40 countries’ with a mission ‘to build and represent the global Humanist movement that defends human rights and promotes Humanist values world-wide’.

Amongst the organizations under its umbrella is the British Humanist Association which embraces similar values on its website as follows:

•The British Humanist Association has long supported attempts to legalise assisted dying for the terminally ill.
•The British Humanist Association’s position in regard to abortion is ‘pro-choice’.
•We campaign for stronger equality laws against irrelevant discrimination, particularly in the context of the 'religion or belief' and 'sexual orientation' equality strands.

Now none of this is surprising and I have previously blogged on the Secular Medical Forum’s agenda to attack Christianity and promote abortion, physician assisted suicide and embryonic stem cell research.

But it is worth noting that Dawkins anti-Christian crusade is not just an intellectual attack on Christian belief. It is perhaps even more an attack on fundamental Christian values such as the sanctity of life and sexual purity. And, as the Apostle Paul reminds us in Romans 1, unbelief in the creator is inextricably linked to a rejection of the creator’s character and morality.

It is said that you can't derive an ought from an is. But this is exactly what Dawkins has done. On the one hand he tells us that 'DNA neither knows nor cares. DNA just is, and we dance to its music'.

On the other hand he builds a profoundly anti-Christian set of ethics seemingly out of a vacuum.

Jesus said, 'the world hates me because I testify that what it does it evil' (John 7:7)

Well isn't that interesting! I wonder if it explains some of Dawkins' anti-Christian passion.

Is his problem with the idea of a creator who holds us to account in fact more moral than intellectual?

'For since the creation of the world God’s invisible qualities—his eternal power and divine nature—have been clearly seen, being understood from what has been made, so that people are without excuse...Although they claimed to be wise, they became fools… Therefore God gave them over in the sinful desires of their hearts to sexual impurity for the degrading of their bodies with one another. They exchanged the truth about God for a lie, and worshiped and served created things rather than the Creator...Although they know God’s righteous decree that those who do such things deserve death, they not only continue to do these very things but also approve of those who practise them.'
Posted by Peter Saunders at 14:27