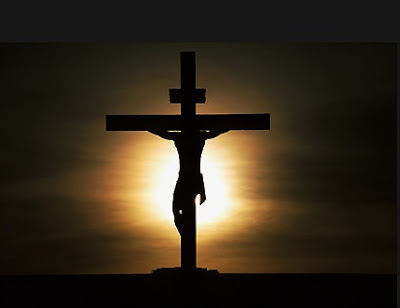 Contrary to popular opinion, this is in fact God's world whether or not people believe it. God created the universe and everything in it including you and me. He placed us on the world at this particular point in history.

The whole idea of God taking on human flesh and coming into our world, which is the major contention of Christianity, does at first glance seem singularly unlikely. However, an illustration of C S Lewis is helpful at this point. Lewis asks the question how a creature can have a meaningful encounter with his creator. He takes the example of Shakespeare and Hamlet. He asks how these two people could possibly meet and concludes that there is no way that Hamlet can bring about a meeting with Shakespeare. It is quite outside his sphere of possibilities and in fact the only way these two people could meet is if Shakespeare had taken the initiative and written himself into the play as one of its characters; there on the stage Shakespeare could meet Hamlet. The analogy is obvious.

Christians believe that God has done what men could not possibly do, that he has written himself into the script of history as its foremost figure. Here, God confronts man. Jesus does not walk as a man among equals, but stands among them as their rightful Lord, the King of all creation. We believe this fact to have been clearly demonstrated by his resurrection from the dead.

None of us lives as though this were the state of affairs. All men without exception, including the most religious of men, have rebelled against the rule and authority of the King. None of us has lived in God's world the way he intends us to. The rebellion may be active hostility against God, or it may equally well be passive indifference.

God says to man the only thing you would expect in such circumstances and that is, 'Stop rebelling, this is not your world but mine. Therefore live in it my way!'

If we do not surrender but continue to strut about God's world as if we owned the place, doing our own thing and playing king in our own little worlds, then at the end of the day, God will be God and rebels will be overthrown.

But if we do stop rebelling and come before the Lord of the universe in humble surrender we are no longer treated as rebels and a general amnesty is declared. This complete forgiveness and acceptance by God is made possible by Christ's historic death on the cross, for it was there that he took on himself the punishment that our rebellion deserves. Furthermore, we are no longer treated as rebels, but we are adopted as his sons and daughters and come into an altogether new relationship with the God who made us. We respond to God's offer through repentance (turning from things we know to be wrong) and faith (believing in and committing our lives to Christ).

In summary therefore, the first proposition is that we know that God exists because he has clearly revealed himself in the historic person of Jesus Christ, who is the rightful king of the universe. Secondly, all men are rebellious to the idea that God has a right to rule their life. Thirdly, God tells us to stop rebelling. Fourthly, if we continue to run our own lives and reject his authority, God will be God over us and we will ultimately be overthrown. Fifthly, if we do surrender, we are no longer treated as rebels but are welcomed into a new relationship as his adopted sons and daughters.

(Adapted from Confident Christianity)
Posted by Peter Saunders at 17:06