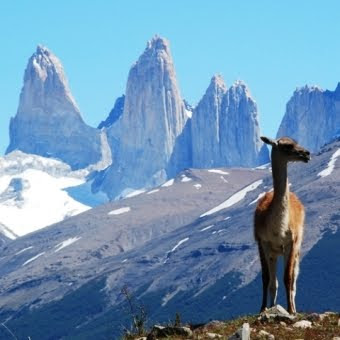 The fifth Millennium Development Goal (MDG) put forward by the United Nations (MDG-5) proposes to reduce the world's maternal mortality ratio by 75%, by 2015.

But what is the best way of doing this?

International programmes sponsored by the UK and US governments, and delivered under the auspices of international organisations like the UNFPA (UN Population Fund) and IPPF (International Planned Parenthood Federation), focus on the provision of contraception and ‘safe’ abortion as key priorities.

However a new 50 year follow-up study from Chile has literally blown that hypothesis out of the water and demonstrated that the key determinant of maternal mortality is actually the educational level of women.

Furthermore, one of the most significant findings is that, contrary to widely-held assumptions, making abortion illegal in Chile did not result in an increase in maternal mortality. In fact, after abortion was made illegal in 1989, the MMR continued to decrease from 41.3 to 12.7 per 100,000 live births (69.2% reduction).

The result is that Chile is now doing better with maternal mortality than the United States.

Chile offers an opportunity to investigate the influence of these determinants on maternal mortality trends. Not only are large time series of vital and socioeconomic data available for this country that are of similar quality to those of developed countries, but legislation prohibiting therapeutic abortion was passed in 1989.

As a result, data from Chile provide a rare and unique natural experiment to evaluate the influence of population factors, the legal status of abortion and other historical policies on maternal mortality trends since data are available before and after interventions were implemented.

Another recent report has shown how Ireland and Northern Ireland benefit significantly from their near complete ban on abortion in a number of ways.

The report, 'Ireland’s Gain', links Ireland’s low abortion rate to low incidences of breast cancer and comparative good mental health among women when compared with those in England, Scotland and Wales.

The implications for international policy are clear, but will the lavishly funded birth control and abortion industry take note?

I’ve reproduced below the press release from AAPLOG about the Chilean study which gives more of the detail.

‘Educating women enhances women’s ability to access existing health care resources, including skilled attendants for childbirth, and directly leads to a reduction in her risk of dying during pregnancy and childbirth,’ according to Dr Elard Koch, epidemiologist and leading author of the study.

The research entitled ‘Women’s Education Level, Maternal Health Facilities, Abortion Legislation and Maternal Deaths: a Natural Experiment in Chile from 1957 to 2007’ was conducted on behalf of the Chilean Maternal Mortality Research Initiative (CMMRI) and published in the Friday, May 4 issue of PLoS ONE.

Using 50 years of official data from Chile’s National Institute of Statistics (1957-2007), the authors looked at factors likely to affect maternal mortality, such as years of education, per capita income, total fertility rate, birth order, clean water supply, sanitary sewer, and childbirth delivery by skilled attendants. They also analyse the effect of historical educational and maternal health policies, including legislation that has prohibited abortion in Chile since 1989, on maternal mortality.

During the fifty-year study period, the overall Maternal Mortality Ratio or MMR (the number of maternal deaths related to childbearing divided by the number of live births) dramatically declined by 93.8%, from 270.7 to 18.2 deaths per 100,000 live births between 1957 and 2007, making Chile a paragon for maternal health in other countries. ‘In fact, during 2008, the overall MMR declined again, to 16.5 per 100,000 live births, positioning Chile as the country with the second lowest MMR in the American continent after Canada and with at least two points lower MMR than United States’ said Koch.

One of the most significant findings is that, contrary to widely-held assumptions, making abortion illegal in Chile did not result in an increase in maternal mortality. In fact, after abortion was made illegal in 1989, the MMR continued to decrease from 41.3 to 12.7 per 100,000 live births (69.2% reduction). ‘Definitively, the legal prohibition of abortion is unrelated to overall maternal mortality rates’ emphasized Koch.

The variables affecting this decrease included the predictable factors of delivery by skilled attendants, complementary nutrition for pregnant women and their children in the primary care clinics and schools, clean facilities, and fertility. But the most important factor and the one which increased the effect of all others was the educational level of women. For every additional year of maternal education there was a corresponding decrease in the MMR of 29.3 per 100,000 live births.

The picture for Chile includes a transition of leading causes of death along with an accelerated decline of fertility and delayed motherhood. Koch explained that direct causes –those directly attributable to pregnancy condition– were the rule before 1990, but from then, indirect causes –ie. non-obstetric chronic conditions such as hypertension and diabetes among others– rise as the most prevalent, hindering the decline on maternal mortality.

‘This study uncovers an ongoing “fertility paradox” in maternal health: education is the major modulator that has helped Chile to reach one of the safest motherhood in the world, but also contributes to decrease fertility, excessively delaying motherhood and puts mothers on risk because of their older age.’ Thus, an emerging problem nowadays ‘is not a question of how many children a mother has, but a question of when a mother has her children, specially the first of them’ concluded Koch.

Taken together, the Chilean natural experiment over the last fifty years suggests that the progress on maternal health in developing countries is a function of the following factors: an increase in the educational level of women, complementary nutrition for pregnant women and their children in the primary care network and schools, universal access to improved maternal health facilities (early prenatal care, delivery by skilled birth attendants, postnatal care, availability of emergency obstetric units and specialized obstetric care); changes in women's reproductive behaviour enabling them to control their own fertility; and improvements in the sanitary system ie. clean water supply and sanitary sewer access. Furthermore, it is confirmed that women's educational level appears to have an important modulating effect on other variables, especially promoting the utilization of maternal health facilities and modifying the reproductive behaviour. Consequently, it is proposed that these strategies outlined in different MDGs and implemented in different countries may act synergistically and rapidly to decrease maternal deaths in the developing world.