A week with two good prayers and one bad one 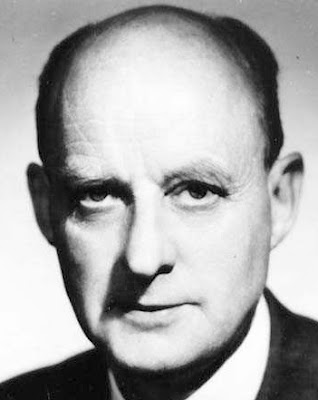 I’ve just returned from a fantastic CMF National Conference at Swanwick on the theme 'heroes of faith'. One of the talks by Pablo Martinez focussed on the three friends of Daniel the prophet who were thrown into a fiery furnace by the King of Babylon for refusing to bow down to a statue he had made.

Three chapters later Daniel himself was cast into a lions’ den for persisting in public prayer to Yahweh after it had been made illegal.

Prayer can be a dangerous pursuit but has been featuring again in the media this week.

I’m grateful to Douglas Noble for drawing my attention to the recent Huffington Post article on the ‘Serenity Prayer’. Adopted by Alcoholics Anonymous as their theme back in the 1950s it was originally written a decade earlier by an American pastor called Reinhold Niebuhr (above).

The words are very familiar – in fact it would be fair to say it is one of the best known prayers in the English speaking world outside the Lord’s Prayer:

What I did not appreciate, however, is that freedom from substance abuse was not the prayer's original intent. The Serenity Prayer was originally prayed at the height of the war against Germany in the summer of 1943 at a morning service at Union Church in Heath, Massachusetts where Niebhur was a seasonal pastor.

His daughter, Elisabeth Sifton, author of The Serenity Prayer, Faith and Politics in Times of Peace and War wrote:

Sifton told The Huffington Post that her father’s political concerns were the same as his spiritual ones:

Furthermore, the original prayer was longer and contained a second verse with more explicitly Christian references:

Living one day at a time; Enjoying one moment at a time;
Accepting hardships as the pathway to peace;
Taking, as He did, this sinful world as it is, not as I would have it;
Trusting that He will make all things right if I surrender to His Will;
That I may be reasonably happy in this life and supremely happy with Him Forever in the next.
Amen. Also in the news this week is David Drew, a Christian doctor, who was sacked in 2010 after emailing a prayer to colleagues at Walsall Manor Hospital, Walsall.

He has just lost his claim for unfair dismissal after a tribunal judge ruled that there was no place for religious references at work.

Dr David Drew, 64, told an employment tribunal that he was made to feel like a ‘religious maniac’ after sending out the prayer by St Ignatius Loyola, founder of the Jesuits, to motivate his department. 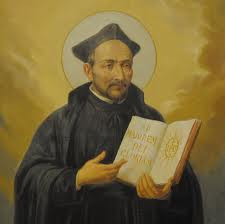 Again, St Ignatius’ prayer is one of the world’s most famous, and as Dr Drew suggested in his email, a helpful one to pray in the context of the difficulties faced by those working in the NHS:

Teach us, Good Lord
To serve you as you deserve.
To give and not count the cost.
To fight and not heed the wounds.
To toil and not to seek for rest.
To labor and not to ask for any reward
Except that of knowing that we do Your Will.
Through Jesus Christ our Lord,
Amen.

So that’s two good prayers. And the bad one?

Well that’s the new politically correct prayer of the Gloucestershire County Council, which has had all references to God removed after just three councillors objected.

‘May we find the wisdom to carry out our duties, the humanity to listen to all, the courage to do what is right and the generosity to treat each other with respect. Amen’.

Well the sentiments are OK I guess, but a prayer that is directed to no one is not a prayer at all.

As for me, I’ll use Niebuhr’s prayer with more vigour now I know its context and ending, pray Ignatius of Loyola’s prayer with more devotion and encourage those who work in the NHS to do likewise, and skip altogether the empty platitudes of Gloucester Council.
Posted by Peter Saunders at 09:09