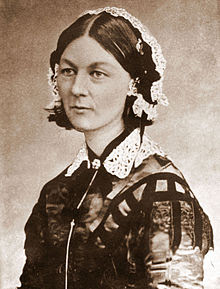 The Royal College of Nursing (RCN) Conference is to be told today that new nurses should be judged on their compassion not just their skills.

Sir Keith Pearson, the NHS Confederation chairman, is due to address the Royal College of Nursing's (RCN) annual conference in Harrogate.

He is one of the authors of a critical report into standards of care for older people and is expected to call for big changes in the way staff are recruited.

‘The Commission on Improving Dignity In Care for Older People’ has already made a series of recommendations to improve standards in hospitals and care homes in England.

It was set up following a series of critical reports into elderly care that highlighted some cases where care by front-line staff - including nurses - had failed.

Modern nursing was born in the nineteenth-century, in no small measure due to the work of Christians like Elizabeth Fry and Florence Nightingale.

Their revolution in the practice of nursing also included making it a more socially acceptable pursuit for women.

Their response to the Christian call to care for the sick and educate neglected children provided the templates for modern daily hospital nursing. Florence Nightingale (pictured above) also encouraged better hygiene, improved standards and night-nursing, as well as founding the first nursing school.

Nurses gained professional status at the end of the century, largely thanks to the work of another Christian nurse, Ethel Bedford Fenwick, with the majority of nurses being inspired to serve by Christian ethics.

Many missionary nurses such as Mother Teresa and Emma Cushman have worked tirelessly, bringing hygiene and Western medicine to the four corners of the globe.

These nursing pioneers found their personal motivation in the teaching and example of Jesus Christ. It grew out of their own passionate personal commitment to him.

You can't create compassion in a vacuum. It has to be motivated by a worldview which supports it and many modern nurses do not have such a worldview and so lack the passionate commitment to sacrificial care that pioneers like Fry and Nightingale possessed in such measure.

Nursing needs to rediscover its Christian roots or the present crisis in care will continue.
Posted by Peter Saunders at 03:21