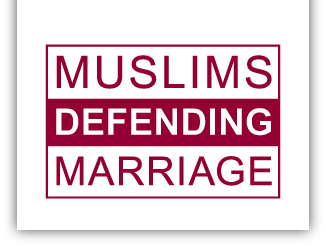 The Muslim Council of Britain,the umbrella body representing Britain’s Muslims, has today launched a petition opposing the government’s proposals to change the legal definition of marriage.

Based on the highly successful Coalition for Marriage petition (C4M), which has so far gathered over 500,000 signatures, ‘Muslims Defending Marriage’ is supported by key voices in the Muslim Community.

The petition reads as follows:

‘I disagree with the government’s proposed re-defining of marriage. I fully support the long-standing legal definition of marriage as the voluntary union of a man and a woman to the exclusion of all others.’

The campaign website, which is modelled on that of C4M, calls on Muslims signing to spread the word, respond to the government consultation on same-sex marriage and to contact their MPs.

Farooq Murad, the MCB’s Secretary General said today: ‘We have launched Muslims Defending Marriage (MDM) as we felt we had a duty to defend the meaning of marriage, guard its sanctity and protect the welfare of children’.

He added, ‘Other faith communities have already taken steps to evidence the strength of feeling in favour of keeping marriage intact. It is imperative that the Muslim community does all it can to contribute to this because we have a sacred duty to stand up for marriage and to support those, of whichever faith, that are doing so. We are aiming at mass participation from the Muslim community on an issue that will have such far reaching consequences for everyone.’

The MCB says that it stands opposed to discrimination in all its forms, including homophobia. The purpose of this campaign is to stand firm for the true definition of marriage, as with other faiths, Islam recognises marriage as a union between a man and a woman.

It is calling upon concerned citizens to respond to the government’s 12-week consultation on its proposals for same-sex marriage. The deadline for submissions to the consultation is 14 June 2012.

In recent days three cabinet ministers have added their voices to a growing number of back bench conservatives who have already signalled their opposition.

In response David Cameron yesterday offered a free vote on the Government's plans but Downing Street stressed again this week about the Government’s determination to get it onto the statute book before the end of the parliament.