If God were to become a man, what kind of man would we expect him to be? 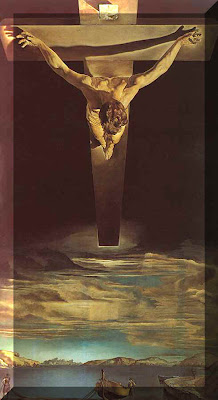 When we run discovering Christianity groups in university, enquirers are astounded to learn just how much historical evidence for the life of Jesus there is - not just in the writings of first and second century historians like Pliny, Josephus, Lucian and Tacitus - but also in the New Testament documents themselves.

There is page after page of eye-witness accounts, full of the most meticulous historial detail - not just allowing us to date the events with accuracy - but telling us many historical facts about the period that can't be gleaned from any other source.

'In the fifteenth year of the reign of Tiberius Caesar - when Pontius Pilate was governor of Judea, Herod Tetrarch of Galilee, his brother Philip tetrarch of Iturea and Traconitis, and Lysanias tetrarch of Abilene - during the high priesthood of Annas and Caiaphas, the word of God came to John...'

The natural political events and God's revelation are inextricably linked by those who actually saw it happen. Unlike almost all other religious writing, in the Bible we see the supernatural utterly enmeshed with real historical events.

The author of John’s Gospel, in the first chapter, lays out the central astounding claim of Christianity – that the God who created and sustains the universe became a human being.

'The Word became flesh and made his dwelling among us. We have seen his glory, the glory of the One and Only, who came from the Father, full of grace and truth'

Literally God the Son, the Word, who we read about in the first 13 verses of John’s gospel - the Word who was God (v1), who was with God from the beginning (v2) and who created the world (v3) – this ‘Word’ literally put on human flesh, enfleshed himself, wrapped himself in human flesh.

He took on our human existence in all its frailty and visited our planet in human form.

Furthermore John leaves us in no doubt as to why he wrote his gospel:

'These things are written that you may believe that Jesus is the Christ, the Son of God,and that by believing you may have life in his name.' (John 20:31)

John, in talking about Jesus’ glory, is saying that Jesus Christ was absolutely unique as a human being; and that this uniqueness pointed to the fact that he must have been God – the creator and sustainer of the universe - in the flesh.

This is an astonishing statement, but if we accept the possibility that God could actually become a man, then what kind of man would we expect him to be? More importantly how does Jesus Christ measure up?

Josh McDowell, in ‘Evidence that demands a Verdict’, has suggested that we would expect to see the following things:

First, if God became a man, he would have an unusual entry into life . We find exactly this in the virgin birth.

Second, if God became a man, we would expect him to be without sin. Jesus challenged others to find him guilty of sin and no-one was able to answer.

Third, if God became a man, we'd expect him to perform astounding miracles, and we find that the gospel accounts are full of them: he heals deaf, blind and paralytics; he calms storms, walks on water and turns water into wine. According to eyewitnesses Jesus healed diseases for which even today there is no treatment, instantaneously, irreversibly and unambiguously, convincing the most sceptical of his critics. No-one doubted that they were happening.

Fourth, if God became a man, we'd expect him to speak the greatest words ever spoken. People responded to Jesus is amazement. 'How did this man get such learning without having studied'. 'No-one ever spoke like this'. Psychiatrist James Fisher has written:

'If you were to take the sum total of all the authoritative articles ever written by the most qualified of psychologists and psychiatrists on the subject of mental hygiene - if you were to combine them and refine them and cleave out all the excess verbiage - if you were to have these unadulterated bits of pure scientific knowledge concisely expressed by the most capable of living poets, you would have an awkward and incomplete summation of the Sermon on the Mount.'

Fifth, if God became a man, we would expect him to have a lasting and universal influence. Why is it that all religions try to accomodate Jesus somehow, to find a place for him? In the words of historian Kenneth Latourette, it is simply because Jesus life is the most influential ever lived on this planet.

Sixth, if God became man, we would expect him to satisfy the spiritual hunger in man. Millions can testify that Jesus Christ has filled the spiritual vacuum in their lives; that his promise in John 6:35 that those who come to him will not thirst or hunger is true.

Finally, if God became man, we would expect him to exercise power over death. The resurrection of Jesus Christ is the best attested historical fact in all of antiquity; over 500 witnesses to his rising from the dead. It is the only explanation for the empty tomb, the dramatic change in the disciples and the spread of the early church.

Jesus fits all the criteria. Many say that the greatest miracle of all is the resurrection; but I think CS Lewis was right when he said that the great miracle is the incarnation, the one we read about in John 1:14 - the Word becoming flesh.

It explains all the others - if you can accept the incarnation, the idea that God could become human, then all other aspects of his life follow naturally - walking on water, healing the sick, feeding the five thousand, turning water into wine - all the miraculous elements of Christ's life which we find so difficult to accept even the resurrection itself present no problem at all.

They are exactly the sort of things we would expect to happen if God chose to visit the planet as a man.