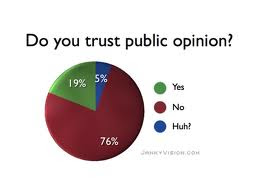 The Voluntary Euthanasia Society, which renamed itself ‘Dignity in Dying’ in 2006 to disguise its real agenda, has commissioned yet another poll to bolster support for its tired ongoing campaign to legalise assisted suicide.

Having failed on three occasions in the last few years to convince Parliament to change the law DID is now trying to soften up public opinion ahead of a fresh assault on our legislature this autumn. It is now targeting Scotland, Westminster and the Isle of Man (more on that later).

When I heard this morning from the Press Association that DID was about to publish another opinion poll showing support for its position – I wondered what possible excuse they could have come up with this time for playing the same old stuck record. But apparently tomorrow, 3 August, is the 50th anniversary of the Suicide Act 1961 which decriminalised suicide but left assisted suicide as a crime carrying a discretionary custodial sentence of up to 14 years.

Parliament, the medical profession and all of the leading disability rights groups in Britain have consistently opposed any change in the law to allow assisted suicide or euthanasia for any group at all on grounds of public safety, believing that any such a change would inevitably place pressure on vulnerable people to end their lives and expose them to exploitation and abuse by those with an interest, financial or otherwise, in their deaths.

DID desperately want to get the camel’s nose into the tent by establishing a beach-head for assisted suicide initially for a small group of people but we should recognize that there is a lot more camel to follow.

This survey should be seen for what it is, a ploy aimed at shoring up support for Charlie Falconer’s discredited and flagging ‘Commission on Assisted Dying’, manned and funded by assisted suicide advocates and exposed as a bent jury by the BMA, which is due to report later this year and is expected to recommend changing the law to allow ‘terminally ill, mentally competent adults’ to have their lives ended on request.

It will be interesting to see if DID publish the actual questions they asked. It is not their usual practice, but if not I will post them on this blog later this week along with an explanation of what they really mean once you strip away the specious euphemisms.
Posted by Peter Saunders at 15:52