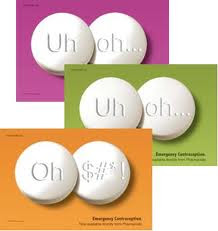 Christian pharmacists who object to dispensing the morning-after pill are facing pressure from their professional regulator to recommend other outlets to customers.

Many pharmacists – not just Christians – have moral objections to the morning-after pill because the drug may in some cases act after fertilisation by preventing the implantation of an early embryo. It is thereby technically abortifacient. There is also strong evidence that its ready availability over the counter without prescription does nothing to decreases the number of unplanned pregnancies in a community and actually increases the level of sexually transmitted disease.

The regulator, the General Pharmaceutical Council (GPhC), has issued ‘non mandatory’ guidance on the matter which they say the guidance will be open to review after one year. ‘Our guidance is advice for pharmacy professionals and explains how our standards might be met, or provide additional suggestions for practice,’ a spokeswoman said.

According to the Daily Telegraph, the guidance was circulated last week. However the latest guidelines on the GPhC website, ‘Guidance on the provision of pharmacy services affected by religious and moral beliefs’, are dated September 2010. They state:

‘If you do not supply Emergency Hormonal Contraception (EHC), (either over the counter or against a prescription) women should be referred to an alternative appropriate source of supply available within the time limits for EHC to be effective.’

The guidance adds that pharmacists should also phone ahead to check that the product is in stock. It also says that conscientious objection on religious grounds must take second place to contractual demands of employers, like the NHS.

As human rights lawyer Neil Addison points out, ‘What many people do not seem to grasp is the fact that if you are refusing to do something because it is morally objectionable you cannot be obliged to recommend someone else’.

And Anna Sweeting-Hempsall a pharmacist in Sunderland said the new guidance ‘forces pharmacists to act against their consciences’ and would cause legal conflicts between staff and employers.

The Telegraph reports her as saying: ‘Now the employers have the right to impose any contractual obligations that take precedence over the right of conscience. The need to notify people beforehand makes you virtually unemployable. Anybody who values the sanctity of life from the moment of conception will be forced from the profession.’

The controversial General Medical Council Guidance, ‘Personal Beliefs and Medical Practice’ leaves doctors with a similar obligation to refer for practices to which they have a conscientious objection:

‘Patients may ask you to perform, advise on, or refer them for a treatment or procedure which is not prohibited by law or statutory code of practice in the country where you work, but to which you have a conscientious objection. In such cases you must tell patients of their right to see another doctor with whom they can discuss their situation and ensure that they have sufficient information to exercise that right. In deciding whether the patient has sufficient information, you must explore with the patient what information they might already have, or need. If the patient cannot readily make their own arrangements to see another doctor you must ensure that arrangements are made, without delay, for another doctor to take over their care.’

These cases rarely come to court and so often the legal precedents are not clear. Although emergency contraception is technically abortifacient, its provision is not covered by the conscientious objection clause in the Abortion Act 1967.

However it may be that equality law might have a bearing on cases like this. In a very recent case a hospital backed down from forcing two Christian nurses to participate in abortion after it received a letter from a lawyer saying that in so doing they could be in breach of the Equality Act 2010.