Sharp analysis of the real cause of current Western economic instability 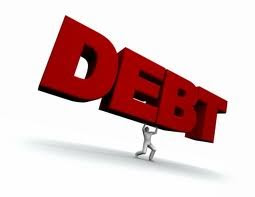 A couple of weeks, just before stock markets took a frightening tumble worldwide, I blogged that Merkel and Sarkozy’s ‘extend and pretend’ policies would fail because the real problem was not liquidity but solvency.

I was interested to see in this week’s Times an analysis from Terry Smith, chief executive of Tullett Prebon and of Fundsmith, on the background to our current woes.

Although his solution to the crisis is quite controversial (cutting both government spending and taxes) his analysis of the crisis being indicative of an economic power shift from the Western to Eastern world is bang on. Smith argues first that we have been living in a fool’s paradise:

If we in Britain want to develop the right policies to get us out of our current economic mess, we first need to face up to the cold hard reality that for the past 30 years we have simply been living way above our means.

The West has been outcompeted by the rise of manufacturing and service industries in the developing world. Software programmers in India and Chinese factory workers are willing to work for much less than their Western counterparts. The West’s population has been greying as the baby-boomers pass into old age and advances in medical care have lengthened our lives, increasing the cost of pensions and medical services.

Rather than face the decline in living standards that these fundamental changes entail, we continued to spend so that our standard of living was maintained. More innovative ways were found for people to borrow more and for banks to lend more.

Savings ratios dropped to negligible levels — in the UK from 11.7 per cent of incomes in 1992 to 2.0 per cent by 2008. The size of the public sector swelled to make up for private sector job losses and governments ran deficits as this expansion inflated their costs beyond their tax revenues.

Smith proceeds to show how we have borrowed beyond our means in order to support a lifestyle that we cannot afford, whilst thinking falsely that we can grow our economy to compensate:

This borrowing binge created a housing bubble here, in the US and elsewhere. The ‘solution’ to the banking crisis that broke in 2007-08 when this bubble burst has been for governments to provide capital and liquidity to banks and to guarantee their liabilities. In so doing, Western government finances already in deficit have become unsustainable.

In the UK, government debt is at about 75 per cent of GDP. But if public sector pension liabilities are included, the UK’s debt to GDP ratio would rise to 155 per cent. If the private finance initiative is included and the guarantees given to the banking sector were ever called upon, it would rise to more than 240 per cent.

The situation in the US is worse, with federal debt at 96 per cent of GDP rising to 390 per cent if social security and Medicare liabilities are included. The problem for the US is not political wrangling over the so-called debt ceiling. It is that the US budget deficit has risen continuously since the crisis began and there is no credible plan to check its rise. As in the UK, the spending ‘reduction’ plan relies not upon any actual cuts but upon heroic assumptions about growth that are clearly without foundation in reality.

The eurozone suffers from this same general problem, but it is exacerbated by the single currency. The entry of the peripheral countries into the currency led markets to assume that the credit risk on euro debt issued by them was roughly the same as that of Germany. This bizarre assumption led to the borrowing costs of these countries falling toward those of Germany. Faced with this, these countries went on an orgy of spending, racking up huge government debts. Property prices were inflated, public sector jobs increased, pensions were guaranteed at early retirement ages, and, in some cases, this was coupled with the national pastime of tax evasion.

The consequence has been the bailouts of Ireland, Greece and Portugal, with Italy and Spain now facing a similar prospect.

However, he argues, politicians fail to admit what the real problem is, and for fear of upsetting voters, are unwilling to take the painful steps necessary to put things right:

But politicians continue to deny the painful reality that we have been living beyond our means. So we will probably have more so-called quantitative easing (QE). But ‘printing money’ to fund these growing deficits rather misses the point: if you are spending more than your income, at some point you need to get someone who has money to lend it to you or accept that your currency will be devalued.

Conventional policy responses, such as cutting interest rates to increase demand, are not working. For the past three years, UK rates have been at their lowest level since 1694. Yet despite record low rates, huge government deficits and QE, the economies of the West are still stuttering. Only yesterday the Bank of England cut its growth forecast with Mervyn King saying ‘the imbalances in the world economy are still not being properly tackled and the burden of debt is still there.’

Tuesday’s announcement that US interest rates are expected to remain close to zero until 2013 was greeted with relief by the markets. But these long periods of low rates tell you how bad the crisis is. They are not a solution: look at the Japanese experience of the past two decades.

Smith closes by advocating huge government spending cuts along with tax cuts which is he says are the only way of boosting growth, but he acknowledges that this will cause a huge amount of pain. His best advice is never to get into such a situation:

‘It reminds me of the advice in a manual on seamanship: “Perhaps the worst plight of a vessel is to be caught in a gale on a lee shore. In this connection the following ... rule should be observed: Never allow your vessel to be found in such a predicament . . .”’

My advice? ‘Live simply. Save wisely. Give generously. And get out of debt quickly cos the hard rain’s gonna fall!’