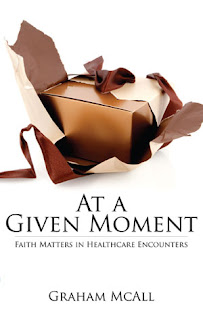 A couple of weeks ago the British Medical Journal published an article in its Lobby Watch column about Christian Medical Fellowship, focussing on the issue of whether or not Christian doctors should engage in faith discussions with patients.

This week they have published my response which I quote below in full for the benefit of those who do not have direct access to the BMJ website.

The Lobby Watch article on the Christian Medical Fellowship (CMF) is one sided and devotes 412 words to one of our 5000 members, 127 words to one course that we run, and only 111 words to CMF itself(1).

CMF was founded in 1949 following a notice placed in the BMJ and is affiliated, through the ICMDA (International Christian Medical and Dental Association), with about 70 other national bodies of Christian doctors worldwide. We are interdenominational and mainstream and share the same biblical Christian beliefs as other doctors motivated by Jesus Christ’s teaching and example, including Luke the Physician (who wrote Luke and Acts in the New Testament) and such medical pioneers as Paré, Pasteur, Lister, Paget, Barnardo, Jenner, Simpson, Sydenham, Osler, and Livingstone.

CMF’s principal work is to unite and equip Christian doctors, but we also seek to be a voice for Christian values in healthcare. Our commitment to marriage and upholding the sanctity of human life in particular may jar with those pursuing more secular agendas, but the BMA itself referred to abortion as 'the greatest crime' in a 1947 supplement to the BMJ(2).

We welcome the General Medical Council’s recognition that 'all doctors have personal beliefs which affect their day-to-day practice' and that 'discussing personal beliefs may, when approached sensitively, help you to work in partnership with patients to address their particular treatment needs.' We also welcome the recent endorsement by the GMC and Medical Defence Union of “tactful” offers of prayer by general practitioners (3) and the GMC’s confirmation on national radio of the appropriateness of sensitive faith discussions with patients (4). CMF’s new book At a Given Moment by Graham McAll and my recent editorial explore these matters in more depth (5).