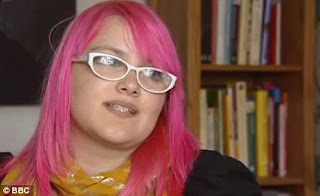 The media today carry the tragic story of a teenager left paralysed from the waist down by a hospital error.

An epidural spinal anaesthetic was wrongly left in place after Sophie Tyler, 17, of Risca, near Newport, had a gall stone operation.

Birmingham Children's Hospital has now apologised and admitted liability and a medical law expert is calling for it to ensure lessons are learned from the devastating error.

The hospital’s admission of liability has left the way open for a full settlement, providing Sophie with financial support for the rest of her life.

You can read the details of the case in the Daily Telegraph, Daily Mail and Independent but I was particularly drawn to this young woman’s testimony which is not atypical of young people who suffer these kinds of horrendous injuries.

According to the BBC her initial reaction was not unsurprisingly one of deep despair:

‘When I first came home I was depressed - I wouldn't get out of bed. I would just lay there wishing it had never happened or wishing they had killed me because I had to live with the reality and the consequences of somebody else’s mistake.’

But now she is speaking of her personal battle and her dreams for the future. She has recovered from her earlier depression, although she still has dark days, and is back at school, although cannot attend full time due to ill health:

‘I still go to school, but everything is a lot harder…The money will provide the support and will mean I can look at living on my own without worrying about my mum being there with the other kids. I can look at going to university rather than living at home.’

The case demonstrates how the overwhelming majority of young people, with the proper support, are able to adapt to devastating injuries and find meaning and purpose in a very different life than that they would have chosen for themselves.

It is not unusual for young people immediately after such an injury to suffer depression or even be suicidal – but these feelings almost always are not permanent.

I recently blogged about the inspiring story of Matt Hampson, the Leicester rugby player who suffered tetraplegia after a scrum collapsed, and now runs a charity to raise money to support people who he sees as ‘less fortunate’ than himself.

I wish Sophie every blessing as she adapts to her new life.