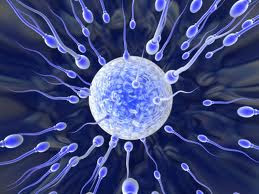 Fertility experts are hailing a mouse study in which working sperm cells were created from stem cells as ‘hugely exciting’.

When these were transplanted into infertile mice, the animal played ‘host’ as the stem cells developed into normal-looking sperm. These were then used to father healthy, and crucially fertile, pups, Cell journal reports.

Dr Allan Pacey, senior lecturer in Andrology at the University of Sheffield said that ‘this may one day lead to a clinical application whereby we could make sperm for infertile men’ although he added that ‘clearly more work needs to be done to refine this process’.

However, in keeping with the BBC’s obsession for hyping embryonic stem cell work, the latter are not mentioned in the BBC report but only by others.

However the researchers actually suggest that the same procedure could be carried out using stem cells derived from adult skin cells, a claim consistent with the results of other recent research.

Should we be welcoming this advance?

On the one hand it would be a significant breakthrough if the process could be refined to the degree that it could be used to help infertile men father their own biological children.

But in the wrong hands such technology might conceivably be employed to produce male sperm from female skin or female eggs from male skin.

This could open the way to two male or two female homosexuals having children who were biologically related to both of them (eg. two biological mothers), or to people knowingly (or unknowingly) having sperm or eggs derived from their skin, bone marrow or other tissue.

In other words people might be able to ‘donate’ eggs or sperm without donating real eggs or sperm or even knowing that they had done so. Or we could have reproduction without men, or without women, being required to contribute genetically.

As with many infertility treatments, an advance that might be used ethically to help a small group of people, also opens a Pandora’s box of other unethical possibilities.

Any research and therapies would need to be very highly regulated, but one cannot see that happening in Brave New Britain which already has amongst the laxest fertility laws in Europe and already accepts embryo experimentation, disposal and destruction and sperm/egg donation (all of which are unethical in my view).

The research to produce sperm from stem cells is still at a very early stage and there are still huge technical difficulties to overcome prior to it having any application in human reproduction. But it also raises huge ethical issues.

I can’t help thinking that, rather than embarking on yet more expensive highly technological solutions to childlessness, our key priorities should be to reduce abortion, promote adoption and prevent infertility.

The infertility crisis is in large part fuelled by the fact that there are very few babies available for adoption (primarily because of abortion) and rising levels of infertility (in large part because of sexually transmitted disease and women delaying having children).
Posted by Peter Saunders at 22:38