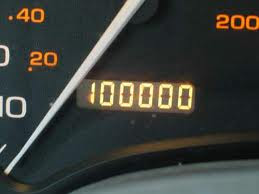 Christian Medical Comment (CMC) was launched in December 2009 with a post titled ‘Goats and kitchen sinks for Christmas’ but I didn’t start regular blogging until September 2010, almost a year ago.

Last month CMC finally scraped into the top 500 UK blogs on the wikio rankings and into the top 20 blogs in the Religion and Belief category.

Currently it stands at 17th in Religion and Belief and 438th overall amongst wikio’s 211,354 registered blogs. It also, last November, just snuck into the Jubilee Centre's seven best blogs giving a Christian perspective on social and political issues.

CMC is a specialist blog majoring on issues at the interface of Christianity and Medicine with specific focus on the beginning and end of life. But my broader aim is to bring to the attention of Christians issues that I believe they should be informed and concerned about.

My three most popular posts have been ‘the Chilean Miners’,‘What Terry Pratchett didn’t tell us’ and ‘Homophobic or homosceptic?’ all of which have been reposted several times by other bloggers.

The blog has at times come to wider attention, playing a significant role in exposing Lord Falconer’s sham commission on assisted suicide, and bringing to national media attention the scandal of transplanted organs being taken from Belgian patients after euthanasia. It also counts the Telegraph and the BBC amongst its ten top referring urls.

I’m particularly grateful to those other blogs (especially Euthanasia Prevention Coalition, MercatorNet, Anglican Mainstream and the Official CMF blog) which regularly republish my posts giving them wider distribution and also to the Christian Institute, Christian Concern and Westminster Declaration which frequently link to or quote from them.

Blogging can be a lonely business and the 150,000 or so words on this blog have taken quite a while to write – often late at night at the end of a long day.

But I have been constantly encouraged by readers to keep going – and so I have endeavoured to do so. The readership is wide – with 64% of my readers coming from the UK, 16% from the US and 7% from Canada, Australia, Germany, Ireland, Russia and the Netherlands. The remaining 13% come from all over the world.

So let me take this opportunity to thank all my readers for your support and wish you God’s richest blessing.

This will probably be my last update for a while as we take a family holiday break.

Hopefully I’ll see you next month.

To him who is able to keep you from stumbling and to present you before his glorious presence without fault and with great joy — to the only God our Savior be glory, majesty, power and authority, through Jesus Christ our Lord, before all ages, now and forevermore! Amen. (Jude 24, 25)