How can miracles be possible? Enquirers' objections considered 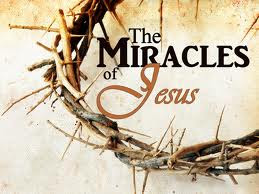 Many people say they are unable to believe what the Bible says about God because they are unable to believe that miracles happened. They are at least clearly able to see what some liberal theologians can't - that belief in the God of the Bible implies belief in the miraculous. To deny the miraculous is to deny God himself. If miracles did not happen, then the resurrection did not happen and our faith is therefore in vain (1 Corinthians 15:32).

So as Christians we must be adamant that miracles did happen - and ask our friends why they believe they didn't. We will normally receive one of four answers:

1.Miracles didn't happen because there is no evidence they happened.

It is necessary here to present the evidence for selected biblical miracles - pointing out that many of them convinced hardened sceptics, surprised even the faithful and were accepted as facts by eyewitnesses who had strong vested interests in not believing. This will usually push the person on to one of the other three arguments or a discussion about the reliability of the Bible as a historical record.

2.Miracles didn't happen because there are natural explanations of what happened

People who use this argument will generally give examples of natural explanations for miraculous events - for instance Sodom was destroyed by a volcano, the Red Sea parted because of a strong wind, the Jordan dried up because of a landslide. The implication is that because a reasonable natural explanation can be found, there are no grounds for claiming God was the cause.

The first thing to assert is that because we can find a natural explanation for some event does not mean that God was not involved. The God of the Bible is the sustainer of the universe (Heb 1:3). It is He who covers the sky with clouds, supplies the earth with rain, makes the grass grow and sends the snow, frost, hail and breezes (Ps 147:8-18). Furthermore it is God who installs kings (Dan 4:17; Rom 13:1) and removes them (Is 40:23), indeed it is even God who determines the throw of the dice (Pr 16:33). God works in and through natural events and the fact that natural explanations for miracles can be found should not disturb someone with biblical faith (Ex 14:21). Natural events are part of God's providence.

Secondly, there are many miracles in the Bible for which no natural explanation can be found - a stick turning into a snake (Ex 4:2-4), an iron axe-head floating (2 Ki 6:6) or the instantaneous healing of congenital blindness (Jn 9:1-34). They run completely counter to the laws of nature.

A true scientist does not ignore facts which don't fit his theory. Rather he modifies his theory to accommodate these facts. We accept that miracles happened because reliable witnesses observed them. Whether or not we can explain them in terms of existing scientific theories is irrelevant.

4.Miracles didn't happen because I have never seen a miracle

Occasionally people claim that they only believe what they have seen with their own eyes. However, if pressed, they will readily admit to believing many other things on the basis of oral or written testimony.

The real reason people fail to believe the biblical reports of miracles is because they fail to believe in God himself. Once one believes in an omnipotent being who created and sustains the universe, miracles cease to be an intellectual problem. Similarly once one believes that such a God could become a man, such issues as the virgin birth, the healing miracles of Jesus and indeed, the resurrection itself, pale into insignificance.

I originally wrote this for the Confident Christianity Training course
Posted by Peter Saunders at 06:00