Has the Bible been corrupted? A common Muslim objection to Christianity answered 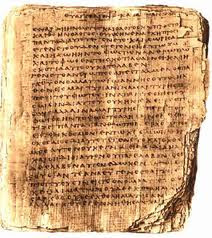 It is fruitless to try sharing the Gospel with a Muslim who thinks the Bible has been corrupted. Even if he were persuaded to reject the Qur’an, he would never accept the implications of the Bible until he became convinced of its authenticity. Bear in mind a Muslim believes that every word of the Qur’an was written by God and brought to Muhammad by the angel Gabriel. It is no wonder that Muslims see the Bible, written by over 40 men including a prime minister (Daniel), fishermen (Peter), a doctor (Luke) and prisoners (Jeremiah, Paul) over almost 2000 years as human and fallible by comparison. To compare the Bible with the Qur’an is therefore not to compare like with like. However, as we shall see, it is logically impossible for the Bible to have corrupted.

We begin with what the Qur’an says about the Bible; many verses actually confirm that it is God’s Word and has not been changed. Here are a few examples:

•sura 5:43 ‘How come they to you for judgement when they have the Torah, wherein are contained the commandments of God?’
•s5:44 ‘We [God] did reveal the Torah, wherein is guidance and light...’
•s5:46 ‘We sent Jesus...confirming that which was revealed before him in the Torah, and We bestowed on him the Gospel wherein is guidance and light...’
•s5:68 ‘[Jews and Christians] have no guidance until you observe the Torah and the Injil [Gospel]’
•s4:136 ‘Believe in God and His messenger [Muhammad], and the Scripture which He revealed to His messenger [the Qur’an] and the Scripture which He revealed aforetime [the Bible]’
•s10:91 ‘If you [Muhammad] are in doubt concerning that which We reveal unto you, then question those who read the Scripture (that was) before you’
•s15:9 ‘We reveal the Reminder, and Lo! We truly are its Guardian [ie the Bible is guarded against corruption by God]’
•s6:34 ‘There is none to alter the Words of Allah’; s10:64 ‘There is no changing of the Words of Allah.’

If the Bible was corrupted, was this before or after Muhammad? If before, why does God tell Muhammad to refer to a corrupted Scripture for guidance, and why does he say of the Torah and Gospel ‘wherein is guidance and light’ rather than ‘wherein there used to be before they were corrupted’? If after Muhammad, why does the Muslim not accept the Bible, since current translations are all based upon manuscripts that predate Muhammad?

The New Testament books were widely distributed as soon as they were written. By the 6th century, there were 230 biblical manuscripts in existence, translated into eight languages (Latin, Syriac, Coptic, Armenian, Gothic, Nubian, Georgian and Ethiopic). How could a conspiracy to change each Bible have been logistically possible? Why was there no record of this happening, and why did nobody try to stop it or hide authentic Bibles?

The ‘Jesus Papyrus’ of Matthew 26, displayed in Magdalene College and recently dated to AD 68, was found in Egypt. Presumably Matthew was still alive when it was written - so why did he not try to correct it if it had been tampered with? Why did the Christians not remove embarrassing stories like Peter’s denial of Christ (Matt 26:69-75) or Paul and Barnabas’ disputation (Acts 15:39)?

Why would anybody dare to add or remove portions of Scripture, when faced with the warning in Rev 22:18-19: ‘If anybody adds anything to them, God will add to him the plagues described in this book. And if anybody takes words away from this book of prophecy God will take away his share in the tree of life and the holy city....’?

Significantly, the early Muslim commentators (eg. Bukhari, al-Razi) were all agreed that the Bible could not be changed since it was God’s Word and several centuries passed before Muslims claimed that the Bible had been changed, when they carefully read the stories in the Qur’an and noted that they were different from those in the Bible.

The verses used to support corruption in the Bible have been totally misused by Muslims.

For example s2:42 ‘Confound truth with falsehood, nor knowingly conceal the truth’ was said to have come to Muhammad after two Jews were brought to him for judgement, having committed adultery. The other Jews wanted to test him to see if he, as a prophet of God, knew what was in the Torah. So he asked for a Torah and got a boy to read the punishments for disobedience. When the boy reached Lev 20:10 (‘if a man commits adultery with another man’s wife....both must be put to death’) the Jew accused of adultery slammed his hand over the verse so the boy could not read it (source: Abu Dawood 4449 (Arabic) or 4432 (English)). A far cry from corrupting the text of the Bible.

Other verses say that a group of Jews used to listen to Scripture then change it - but (i) it was only a group, not all the Jewish people around the world let alone in Mecca; (ii) they must have had the original genuine copies in order to have been accused of changing it; and (iii) they did not change the written text, but simply told Muhammad that it said things which were not there, in order to mislead him.

If a Muslim says ‘Your Bible has been corrupted’, we should challenge him to prove it, by asking when, how and why. It is important that we demonstrate our conviction in this matter- and if our Muslim friend cannot support his accusation, it must be withdrawn.
Posted by Peter Saunders at 06:21