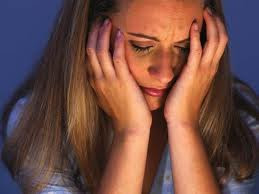 On 6 September MPs will debate an amendment to the Health and Social Care Bill, which seeks to enshrine in law the right of women to have full and free access to independent information, advice and counseling before going ahead with an abortion.

The amendment would also prevent charities such as Marie Stopes (MSI) and the British Pregnancy Advisory Service (BPAS) – which between them carry out about 100,000 abortions a year – from providing advice or counseling to women seeking abortion.

The MPs placing the amendment, Nadine Dorries and Frank Field, argue that because MSI and BPAS carry out and profit from abortions, they are conflicted from offering independent advice at the same time. Nadine Dorries has accused them of having a commercially charged ‘vested interest’ and believes this amendment could reduce the total number of abortions by as much as a third, or 60,000 a year.

The Department of Health, regardless of what happens in the Commons next week, is already promising to ‘develop proposals to introduce independent counseling for women seeking abortion’. In doing so, it has seemingly accepted that the advice given by BPAS, Marie Stopes and others is not independent.

CMF Head of Public Policy Philippa Taylor has written an excellent blog giving an overview of the amendment and explaining why Christians should support it.

In it she urges readers to write to their MPs urging them to support the amendment and points them to the website of the Right to Know Campaign for further information about how to do it.

A fascinating article in the Daily Mail today by Jenny Stocks raises very disturbing questions about the quality of abortion counseling currently available through BPAS and MSI.

CMF has previously highlighted the fact that those countries with laws requiring the offer of counseling or a cooling off period before abortion have abortion rates on average that are a third lower than those, like the UK, which don’t.

It also cites a 2008 Comres survey showing that 51% of British women felt they had no choice but to have an abortion and that 37% wish their decision could have been different.

I have previously outlined how private abortion providers gained a stranglehold on taxpayer funded abortions under the last government. In 1991 the NHS funded 84,369 abortions in total. By 2010 that figure had more than doubled to 181,304. The growth of NHS-funded but privately-provided abortions entirely accounted for this increase.

Women are currently are not given the information, support and time necessary to make an unpressured decision about abortion and this amendment is a small step in the right direction in giving them that opportunity.

At present there are over 2,000 abortions in Britain for every baby adoption. This is a staggering statistic.

I am convinced that given the opportunity to reflect, and with the right support, many thousands more women would choose to give their babies a chance, either by keeping them or offering them for adoption.

This amendment is a good move that deserves our support.