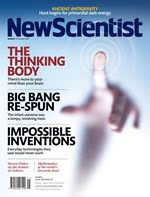 The New Scientist editorial this week, ‘In praise of stem-cell simplicity’, gives a fantastic overview of exciting new avenues in ethical stem cell research which are opening up.

It should be required reading for all UK science journalists who sadly use press releases from the biotechnology industry or briefings from the Science Media Centre as their main (and often sole!) source material.

In so doing they misinform and short change the British public.

I have pasted a lengthy excerpt below but the full article with links is available free on line.

Although the New Scientist is still supporting all forms of stem cell research, including embryonic stem cell research (in spite of the EU court ruling this week), it does at least, unlike the British press and the BBC, acknowledge the tremendous advances being made with ethical stem cell approaches.

Read this because you won’t hear about it in any British newspaper!

In praise of stem-cell simplicity

DID you know that you have accessible stem cells up your nose? Or that human fetuses shed stem cells into the fluid around them? Both of these seemingly random facts could spawn novel, personalised stem-cell treatments that, if not simple per se, are simpler than what has gone before.

What marks these treatments out is that they are eminently practical and ethically unquestionable. This is in stark contrast to much previous work, which has focused on human embryonic stem cells, or hESCs.

From the outset, the use of hESCs has been fraught with controversy. Only last week, after years of trying, and the notorious fraud involving Korean researcher Woo Suk Hwang, hESCs were finally created through a variant of the cloning technique that gave us Dolly the sheep. This fused skin and egg cells, leaving the nucleus of the latter intact. Unfortunately, human eggs are still required, embryos still perish in the process and in this case the embryos and resulting hESCs had three sets of chromosomes instead of two, ruling out medical uses.

A promising alternative to hESCs emerged in 2006 when researchers produced so-called induced pluripotent stem cells (iPS) from ordinary tissue such as skin. But to convert adult cells into embryonic-like cells means genetic reprogramming, for example with a virus, and the reprogrammed cells do not yet match embryonic stem cells.

Now there are different avenues of research that are simpler in many ways. In ‘Diabetic rats cured with their own stem cells’, we report how researchers cured diabetic rats by turning brain stem cells extracted through the nose into insulin-producing cells in the pancreas. They did this without any genetic trickery.

And in ‘Baby repair kit found inside the womb’, we report how congenital defects such as holes in the diaphragm could be patched up using a baby's own stem cells extracted from the surrounding amniotic fluid.
Posted by Peter Saunders at 03:52