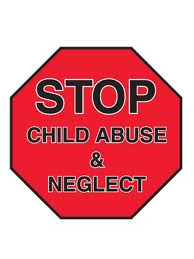 Three horrific stories involving the abuse of women and children abroad have featured in our newspapers in the last couple of weeks.

First was the report that witch doctors are abducting children in Uganda for the purpose of child sacrifice. The ritual, which some believe brings wealth and good health, was almost unheard of in the country until about three years ago, but it has re-emerged, seemingly alongside a boom in the Uganda’s economy.

According to the BBC, the mutilated bodies of children have been discovered at roadsides, the victims of an apparently growing belief in the power of human sacrifice. Many believe that members of the country's new elite are paying witch doctors vast sums of money for the sacrifices in a bid to increase their wealth.

Second was the distressing report of a two-year-old girl run over twice, about 100 metres from her home in a hardware market district of Foshan, a prosperous city in southern China. As she lay on the ground, writhing in pain, before being hit by the second vehicle, 18 people, on their bicycles, in cars or on foot, passed by but chose to ignore her. Finally, a 58-year-old female rubbish collector came to the girl’s rescue, but it was too late. By the time she was brought to the hospital, the girl Yueyue, (whose name translates as Little Joy), was brain dead.

A Chinese journalist writing for the Guardian asks, ‘How can I be proud of my China if we are a nation of 1.4bn cold hearts?’ and says the incident is symptomatic of a deepening moral crisis.

Finally is the story of a woman, also recounted in the Guardian, of a Chinese woman who died on operating table after officials forced her to go with them to hospital for an abortion she did not want.

These stories are of course shocking, and it is not surprising that they made headlines in Britain. It is truly horrendous when children are killed to give someone else a financial benefit, when the cries of injured children are ignored by adults and when women die as a result of operations to which they have not given consent – all of which raises a very interesting question.

Every year in Britain 200,000 children are sacrificed, have their cries ignored as they are dismembered and killed and die as a result of ‘operations’ to which they have not given consent.

Of course they are children who are both very young and very small and we call their deliberate deaths ‘terminations of pregnancy’ or ‘abortion’. Abortion is, if you like, the ultimate form of child abuse.

Around the world there are 42 million such procedures each year and as result of sex selective abortions there are now estimated to be 160 million missing women in China and India alone.

In fact there is no one more innocent, more vulnerable and killed in greater numbers than children in the womb.

Child sacrifice in Uganda, and two year old hit-and-runs and women dying during forced abortions in China rightly shock us.

But why are we not equally shocked by 200,000 abortions a year in our own country?

Well that is a very interesting question indeed.
Posted by Peter Saunders at 13:27