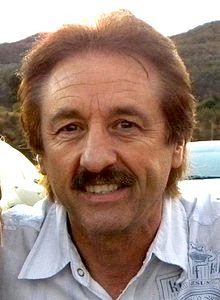 During the Rugby World cup in New Zealand I have been using the alternative branding of ‘Kiwi, Christian and Medical’ for this blog.

So here is a story that is truly all three.

When I was a medical student I went back one summer to my birth city of Christchurch, on the East Coast of New Zealand’s South Island, to do an internship with the Christchurch City Mission working amongst homeless people.

It was there I had the privilege of meeting Ray Comfort (pictured), a Kiwi Christian evangelist who used to preach from a ladder to the crowds in the Christchurch town square. He was at the time also running a drug education centre.

The Christchurch cathedral, which is the centerpiece of the square, was destroyed in the Christchurch earthquake earlier this year and has already featured on this blog with respect to memorial services and reflections on the aftermath of the earthquake.

I have often wondered what had happened to Ray and now I know. Currently he lives in California and has just produced a film on abortion which has gone viral on the internet with over half a million hits in its first week.

Life Site News in the US takes up the story: 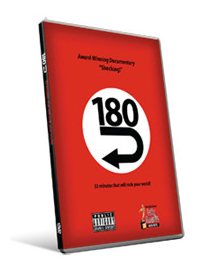 The new pro-life movie 180 has become an overnight sensation as nearly half a million people have watched the 33-minute pro-life documentary in just one week since director and producer Ray Comfort released it to the public.

The film is changing public opinion on abortion 180 degrees in a matter of minutes as it shows Comfort asking pro-abortion students questions that change their views quickly. Titled to reflect the complete turnaround in the mindsets of all to whom the question is posed, the award-winning film shows eight ‘pro-choice’ people, mostly college students, changing their stance to pro-life just moments after the question is asked in its entirety. It was Comfort’s hope that the documentary would go viral and it appears to have done so.

That has happened — with the video getting more than 500,000 views after it was featured at LifeNews and elsewhere across the Internet. Viewers have left 7,500 comments — with people saying they changed their minds on abortion or regretted the abortions they had had.

One person said, ‘From someone that been Pro-choice this video changed my view on life completely.’

‘I was always pro-choice and now I am pro-life after watching such a powerful video,’ said another and a third added, ‘It changed my mind and made me aware that I’ve got to make a stand on this issue.’

A Facebook comment had one viewer saying, ‘My husband and I have always disagreed about the right to life for the unborn. After watching 180 today he has had a change of heart and now wants to protect children in the womb. Thank you for this amazing gift.’

To learn more visit Life Site News and watch the movie.
Posted by Peter Saunders at 04:44