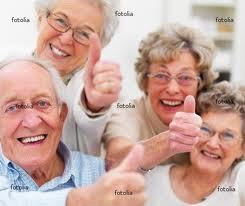 The Times sets the context as follows:

Barely a day passes without a story of maltreatment and neglect of the elderly in the news, whether in the NHS or care homes sector.

A report in The Times last week revealed that one hospital in five is failing older people so badly that it breaks the law, while stories of poor management, financial problems and abuse have surfaced in residential and nursing homes around the country in the past year.

Yet our population is ageing. The Office for National Statistics predicts that by 2050 one Briton in four will be aged 65 or over, and even with the increases in retirement age due to come into effect, nearly 20 million of us will be pensioners by that time.

It doesn’t matter what your age today, we’re all headed in the same direction. So we felt that it was time to highlight some of the major issues and minor niggles that face us as we grow older.

Here is our silver manifesto . . .

The paper then gives a fifty point plan to improve the lot of older people – here are some highlights:

1 Get the online literacy rate to 100 per cent.

4 Increase the time available to pedestrians on crossings.

22 Give older people a role in schools

24 Treat people with respect and consideration.

33 Take an interest in your elderly neighbours.

If these suggestions were put into play it would make a huge difference.

But I was disappointed to see the Times, in accordance with its current pro-euthanasia editorial policy, also sneaking in a reference (19) to ‘clarifying’ the law on ‘assisted dying’. We all know what that means!

The Times, which many regard as the voice of the establishment was once opposed to assisted suicide and euthanasia, but it changed its editorial policy in 2009 to support an amendment by Lord Falconer which would have legalised assisted suicide.

The amendment was thankfully defeated by a heavy margin on grounds that it would undermine the safety of vulnerable people.

But with Falconer’s discredited ‘commission on assisted dying’ about to report we are seeing the pro-euthanasia campaign ratcheting up its celebrity driven campaign for a change in the law.

Be warned.
Posted by Peter Saunders at 03:04