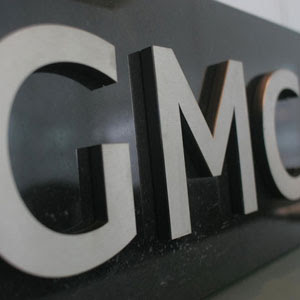 Pulse magazine reported last week that the General Medical Council is planning to ‘harden’ its guidance on religion in practice.

The document Good Medical Practice (2006) is the core guidance to doctors and describes what is expected of all doctors registered with the GMC. Although the guidance is addressed to doctors, it is also intended to let the public know what they can expect from their doctors.

The GMC says that it is reviewing Good Medical Practice ‘to make sure it is up to date and fit for its many purposes’.

A formal consultation will be launched later this month and will lead to publication of a new edition of the guidance in 2012.

The new draft guidance has added a duty for GPs to consider ‘patients' religious, spiritual and cultural history' when assessing patients.

The regulator also plans to tighten up anti-discrimination guidance on doctors expressing personal views, including religious beliefs, in consultations.

The revision of ‘Good Medical Practice’ comes during the course of an ongoing investigation into the case of Dr Richard Scott, a GP in Margate, Kent, who was the subject of a complaint for suggesting to a patient that he might find an examination of the Christian faith helpful.

The GMC had proposed giving Dr Scott a warning for discussing his Christian faith during a consultation, but he refused to accept it and opted instead for an oral hearing before its investigations committee.

Dr Scott told the BMJ in May that he had raised the possibility that Christianity might help his patient only in the last five minutes of a 20 minute consultation, after first asking his permission and being told to ‘go for it.’

His mother then brought a complaint to the GMC, saying that Dr Scott had ‘pushed religion’ on her son.

On 23 September, the second day of the two day hearing in Manchester, the committee adjourned ‘to make a further attempt to secure the attendance of Patient A,’ who has so far refused to appear before the committee. His absence prevented Dr Scott’s lawyer cross examining him to challenge his account of what happened at the consultation in August 2010.

The committee heard that Dr Scott had seen the 24 year old man at his surgery in Margate, Kent, after his mother had said that he was ‘suicidal’.

Paul Ozin, for the GMC, said, ‘A line was crossed because Dr Scott expressed his personal religious belief to a person he knew was a vulnerable patient in a way that was plainly liable to cause the patient distress.' However this is disputed by Dr Scott's lawyer, Paul Diamond of the Christian Legal Centre.

Ozin claimed that Dr Scott 'suggested that Jesus or Christianity - his own religion - offered something exclusive and superior to that offered by the patient’s own religion. It is a matter of record that Patient A subsequently complained about Dr Scott and said he was very upset about the consultation and he was offended by what he saw as the belittling of his own religion.’

The revision of the GMC’s guidance appears to have been influenced by this case. The suggested amendments indicate that the regulator is considering more formally acknowledging that doctors have a duty to consider a patient’s spiritual history whilst at the same time taking a sterner view of any attempt to share their own faith.

Interestingly the GMC guidance ‘Personal Beliefs and Medical Practice’ actually acknowledges that 'all doctors have personal beliefs which affect their day-to-day practice' and that these principles apply to all doctors whatever their political, religious or moral beliefs.

It also emphasises that 'personal beliefs and values, and cultural and religious practices are central to the lives of doctors and patients' (p4); that 'patients' personal beliefs may be fundamental to their sense of well-being and could help them to cope with pain or other negative aspects of illness or treatment.' (p5) and that 'discussing personal beliefs may, when approached sensitively, help you to work in partnership with patients to address their particular treatment needs.' (p9)

The GMC’s suggested new approach will not just make things more challenging for Christian doctors but will have implications for any doctor of any faith (or none) who expresses a personal belief that he or she feels might help (about anything) to a patient. This has the potential to lead to many more complaints against doctors and many more cases for the GMC to examine. The regulator could be walking a very delicate path indeed.

I suspect it will not just be Christian doctors who will be awaiting the draft guidance with much interest and examining its wording very carefully.
Posted by Peter Saunders at 15:39