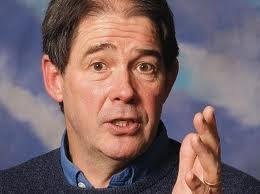 The world’s population is due to pass seven billion on 31 October and campaigners for population control are again using it as an opportunity to promote their agenda.

Back in February 2009 Jonathon Porritt (pictured), former chairman of the UK Government’s Sustainable Development Commission, said that curbing population growth through contraception and abortion must be at the heart of efforts to combat global warming, and that couples who had more than two children were irresponsible.

He is back again this week in the Independent with an article titled ‘Over-population: the global crisis that dare not speak its name’ which reruns much the same message.

In the tradition of Malthus and Ehrlich, Porritt warns of ecological and environmental disaster ahead unless we do something rapidly to curb population growth.

Today’s Metro, in a report titled ‘World’s poor hit worst as population tops 7 billion’, tells us that ‘the world’s poorest regions will be worst hit’ and that ‘areas where there is extreme poverty, food insecurity and inequality will suffer high death rates and high birth rates as part of a “vicious cycle”’.

The solution to these problems? Well you might have imagined that it would be better education of women, community development, better healthcare, more food production and more even distribution of resources, but no! According to International development secretary Andrew Mitchell the answer is still more contraception and abortion.

‘The British government is working to improve access to contraception and family planning education for 10million women in the developing world. This will prevent five million unintended pregnancies, save the lives of 50,000 women and avoid the deaths of 250,000 newborns by 2015.’

And the source of the information on which Mitchell bases his policy? Well not surprisingly it is a new report by the UN Population Fund (UNFPA), a key supporter of China’s population control programme, which is in large part responsible for 160 million missing women (as a result of sex selection abortion) in Asia.

Mitchell’s policy is consistent with the report this week by UN Special Rapporteur for Health, Anand Grover, which linked unrestricted abortion with the right to the highest attainable standard of physical and mental health. He adamantly affirmed his intention to redefine the ‘right to health’ in UN conventions and treaties to include abortion.

This is despite the fact that saying ‘no’ to abortion is actually an international human right, as outlined in the recently published San Jose articles by a group of leading international lawyers, ethicists and academics.

Grover has not surprisingly come in for stiff criticism from Egypt, Honduras and Chile. The Chilean government emphasized that it is essential to recognize the right to life of all human beings. Its statement was of special interest given the country’s history with legalized abortion. Abortion was legal in Chile until 1989. After its criminalization, maternal mortality actually decreased.

Whether the world is overpopulated is debatable. All the world's buildings would fit in Scotland or Ireland alone and the world's population could currently stand shoulder to shoulder on the Isle of Wight. World per capita food production has more than kept pace with population and Europe's own past demonstrates that fertility can be managed effectively - even without contraceptives - as living standards improve.

Furthermore citizens of the developing world choose large families for good reasons, as insurance against an uncertain future in circumstances of high infant mortality, low and insecure income and labour intensive farming.

Family planning combined with economic development allows couples to plan the number and spacing of their children in the light of their own circumstances and beliefs.

On the other hand imposed population control, with all that involves, coupled with mounting developing world debt and economic austerity measures which slash health and education budgets, actually causes huge damage to poor indigenous populations.

Our stewardship of the earth is not a licence to exploit but to govern wisely. We cannot impose solutions on the world's poor without addressing our complicity in unjust economic structures, environmentally destructive technologies, and consumptive lifestyles.

I have previously argued that, regardless of what we might believe about the importance of global warning, those countries which are amongst the biggest contributors are not those in the developing world with rapidly growing populations but those with relatively static populations.

Carbon footprint is much more about consumption per capita than about population. It is not how many children we have, but how much resource each one consumes. That is the real issue.

Sodom came under God's judgment, at least in part, because she was 'arrogant, overfed and unconcerned; (she) did not help the poor and needy' (Ezekiel 16:49).

This description fits our Western World well. Let’s not simplistically condemn people for having children without addressing the real problem – consumption of more resources than one needs coupled with neglect of those in real need.

The real challenge is how we can live more simply in order that others might simply live.

(See also 'The next challenge: not too many people, but too few?' - Reuters; 'Media Promotes Left-Wing Panic Over 7 Billion People' - Life Site News; 'Seven Billion Strong, and Counting' - Witherspoon Institute; After 7 billion - Demographic denialists are ignoring the perils of an ageing population - Mercatornet)
Posted by Peter Saunders at 15:57