Cometh the hour, cometh the man – Aaron Cruden is no stranger to challenge and adversity 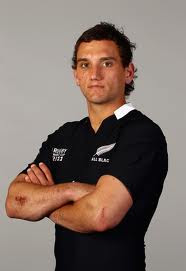 Aaron Cruden may be New Zealand’s fourth choice fly half after Carter, Slade and Evans but he is no stranger to challenge and adversity and should not be underestimated going into the World Cup semifinal tomorrow against Australia.

The 22 year old made his provincial debut for Manawatu Turbos in 2008 and captained New Zealand to the 2009 IRB Junior World Championship title in 2009 in Japan, as well as being named IRB Junior Player of the Year 2009.

He made his Super 15 Hurricanes debut on 29 January 2010 against the Brumbies in Porirua and on 30 May last year was named as one of four new caps in the All Blacks squad to play test matches against Ireland and Wales.

On 12 June he made his All Blacks debut in the 66–28 victory over Ireland in New Plymouth, subbing for Dan Carter, and later took part off the replacement bench in two victories over Wales, then made his Tri Nations debut against the Springboks in Wellington on 17 July.

He missed out on the All Blacks Tri Nations and World Cup squad this year but played superbly during the Air New Zealand Cup and with the adductor injuries to Carter and Slade now finds himself starting at number 10 in the biggest test of his sporting life.

Cruden kept a cool head when coming on as a replacement in the All Blacks' 33-10 World Cup Quarter Final victory over Argentina, at Eden Park, and contributed a conversion to the score.

Now the nation’s hopes rest upon his young shoulders.

Without Carter there will always be question marks ahead of an All Blacks Aussie clash but Cruden has the potential to make it on the big stage. He has the talent, the confidence and the support to step up to the big occasion and has his Super 15 team mates around him. The injury to Carter now leaves the All Blacks with a Hurricanes backline from halfback to wing with Weepu, Cruden, Nonu, Smith and Jane at 9, 10, 12, 13 and 14 respectively.

And Cruden has shown that he also has the character to meet tough challenges.

He will be unfazed at being thrust into the World Cup pressure cooker after surviving a cancer scare three years ago, according to his father.

His father, Stu, said his son matured after being diagnosed with testicular cancer in 2008 and was ready for any challenge. He had to take time out from rugby to undergo surgery and an intensive nine-week chemotherapy course before receiving the all-clear by medics at the end of 2009.

‘He was a pretty well-balanced lad before that, pretty focussed on things he wanted to do and we can't really explain what came to him, or from him, from that cancer,’ Cruden senior said. ‘But we've certainly seen a changed person, he's more mature, he's more balanced and he just takes every opportunity he gets now. He doesn't get down when anything goes wrong, he just believes that every day's another day to be alive.’ He'll be the first to tell you that he's now past that part of his journey – his cancer's in remission and that's where he wants it to stay, he's just getting on with life,’ his father added. ‘Whatever life throws at his now, he's prepared to take the challenge.’ 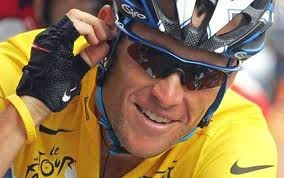 Cruden, who on the All Blacks' website lists cyclist and six times Tour de France winner Lance Armstrong, a fellow cancer survivor, as the person he would most like to meet, is now preparing to play the biggest game of his life.

Cometh the hour, cometh the man.
Posted by Peter Saunders at 05:06