Cliff Richard and euthanasia – what did he really say and does it matter? 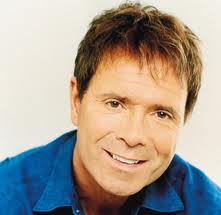 I’ve just done an interview on BBC Radio Humberside off the back of Sir Cliff Richard’s alleged support for euthanasia in this morning’s papers.

The headlines do certainly seem to indicate that the 71 year old entertainer wants a change in the law. The Daily Telegraph leads with ‘Cliff Richard: Why I would consider euthanasia’; the Daily Mail and Daily Express use the headline ‘I have a death pact with my sister’ and the Sun shouts ‘Kill me if I get dementia’.

The comments have been lifted from a BBC interview that Cliff Richard has recently done on the occasion of his 71st birthday, on which he was asked about his mother’s death at 87 from dementia.

The Daily Mail, which seems to be the original source of the story, reports as follows:

(Cliff) also revealed he had made a pact with the same sister to look after each other if they developed dementia.

Speaking in a BBC radio interview, he revealed: ‘I said, look if this happens to me, I’ll do the same for you if you’ll do it for me, don’t let it go on too long. And just make sure I’m looked after because I don’t want to be a burden on anybody else.’

He went on: ‘If it happened when I was 90, 20 years from now, they might well have allowed euthanasia or something like that.’

‘Dementia does not take your life – but it removes it away from you. You don’t have a life. It just stops you living.’

No one can help but sympathise with Sir Cliff over his feelings seeing his mother die from dementia. Many of us have also been there in various ways. But what did he really say and what did he actually mean?

On the face of it he was saying three things:

1.He doesn’t want to be a burden on others and so has made a pact with one of his sisters that if either of them gets dementia the other will take on the burden of looking after the one who is affected.

Well that seems perfectly reasonable and natural to me.

2.He doesn’t want to go on suffering too long if he gets dementia and wants his sister not to prolong his life in this situation.

Well again that seems very reasonable. Having seen my own father die from dementia we often prayed that his suffering would not be prolonged. But choosing not to prolong the dying process with aggressive interventions is a far cry from starving, sedating and dehydrating someone to death or giving them a lethal injection.

Well there is a possibility that it might be. Belgium and the Netherlands have already done so.

It seems to me that these dramatic headlines about Cliff Richard supporting euthanasia are largely a case of media hype and spin – and I hope that Sir Cliff will clarify soon what he actually meant.

But for argument’s sake, what if Sir Cliff really does think that euthanasia should be legalised? What then?

Well, in spite of the fact that Cliff Richard is both a Christian and a great entertainer who has survived five decades in the charts, this does not make him an expert either in ethics or public policy.

Parliament has three times in the last six years rejected a change in the law to allow assisted suicide or euthanasia on grounds of public safety.

The House of Lords, in 2006 and 2009, and the Scottish Parliament in 2010, decided that to legalise assisted suicide, even with so-called safeguards, would place pressure on vulnerable people to end their lives and would make it easier for those with an emotional or financial interest in their deaths literally ‘to get away with murder’.

Parliament also decided that our really priority should be improving care for people who are elderly, terminally ill or disabled. In this connection it is refreshing to see in this morning’s Times newspaper a report (£) featuring the Silver Manifesto – ‘50 ways to improve old age’.

But we should also note why the Cliff Richard story has hit the headlines today.

It is because the media is gearing up for the release of the Falconer Commission report next month, which will recommend a change in the law to allow ‘assisted suicide with safeguards’.

Falconer’s campaign has been repeatedly discredited in the press, the broadcast media and undermined by the British Medical Association but he nonetheless presses on and on.

This is why we saw last weekend Lord Falconer trumpeting in the Guardian and Star Trek actor Patrick Stewart is campaigning in the Telegraph.

There will be a lot more of this in the next few weeks as Dignity in Dying (formerly the Voluntary Euthanasia Society) ratchets up its well-funded celebrity-driven campaign to foist euthanasia in its various forms upon us. This is all part of a softening up process. Be warned.
Posted by Peter Saunders at 02:02