Meditations on the Life of Charles Simeon 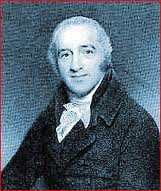 I took a day off today after an excellent CMF Junior Doctors’ conference where Giles Cattermole was preaching on the life of Solomon. Amongst other things I went on a run (it is two weeks since I did the Cardiff half marathon) and as I often do took along my Zen Micro (yes sadly that is my somewhat dated level of technology!) along with my John Piper Christian MP3 biography series.

I have listened to most of them several times and always pick up new gems along the way. Piper puts a huge amount of time into preparation going to primary source material, so unless you are a scholar of Christian biography you will almost certainly find new encouragements in them. Today I listened to his talk on Charles Simeon. The full version is available on line but I have pasted some of the main points below.

Meditations on the Life of Charles Simeon

In April, 1831, Charles Simeon was 71 years old. He had been the pastor of Trinity Church, Cambridge, England, for 49 years. He was asked one afternoon by his friend, Joseph Gurney, how he had surmounted persecution and outlasted all the great prejudice against him in his 49-year ministry. He said to Gurney, 'My dear brother, we must not mind a little suffering for Christ's sake. When I am getting through a hedge, if my head and shoulders are safely through, I can bear the pricking of my legs. Let us rejoice in the remembrance that our holy Head has surmounted all His suffering and triumphed over death. Let us follow Him patiently; we shall soon be partakers of His victory' (H.C.G. Moule, Charles Simeon, London: InterVarsity, 1948, 155f.).

1. Himself - The most fundamental trial that Simeon had –and that we all have – was himself. He had a somewhat harsh and self-assertive air about him.

2. His Congregation - The parishioners did not want Simeon as pastor. They wanted the assistant curate Mr. Hammond. So they would not let him preach on Sunday evenings for twelve years.

3. The University - As the students made their way to Trinity Church, they were prejudiced against the pastor by the hostile congregation, and for years he was slandered with all kinds of rumors.

4. Physical weakness - In 1807, after twenty-five years of ministry, his health failed suddenly. His voice gave way so that preaching was very difficult and at times he could only speak in a whisper.

How Simeon Endured and Flourished Through Opposition

How did Simeon endure these trials without giving up or being driven out of his church?

1. Simeon had a strong sense of his accountability before God for the souls of his flock, whether they liked him or not.

2. His preaching in the midst of conflict was free from the scolding tone.

4. Simeon dealt with his opponents in a forthright face-to-face way.

5. Simeon could take a rebuke and grow from it.

6. Simeon was unimpeachable in his finances and had no love for money.

8. Simeon saw his suffering as a wonderful privilege of bearing the cross with Christ.

9. Simeon strengthened himself with massive doses of meditation and prayer.

My conclusion is that the secret of Charles Simeon's perseverance was that he never threw overboard the heavy ballast of his own humiliation for sin and that this helped keep his masts erect and his sails full of the spirit of adoration.

‘I love simplicity; I love contrition. . . . I love the religion of heaven; to fall on our faces while we adore the Lamb is the kind of religion which my soul affects.’ (Moule, 83) As he lay dying in October of 1836, a friend sat by his bed and asked what he was thinking of just then. He answered, ‘I don't think now; I am enjoying.’

He grew downward in the pain of contrition and he grew upward in the joy of adoration. And the weaving together of these two experiences into one is the achievement of the cross of Christ and the deepest secret of Simeon's great perseverance.
Posted by Peter Saunders at 09:33