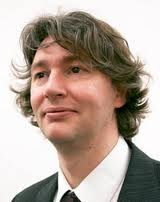 Bioedge this week carries an excellent interview with Professor David Jones of the Anscombe Centre (pictured) on the Brustle stem cell ruling which I blogged about last week. I have reproduced it here.

Last week the European Court of Justice, in the case of Oliver Brüstle v Greenpeace, ruled that research involving the destruction of embryos cannot be patented. This provoked an uproar among stem cell scientists. BioEdge interviewed Dr David Albert Jones, director of the Anscombe Bioethics Centre in Oxford, about the judgement.

BioEdge: Oliver Brüstle has described the decision as “an unbelievable setback for biomedical stem cell research." How would you respond?

David Albert Jones: This is an overreaction and also very misleading. The decision of the European Court of Justice does not affect most “biomedical stem cell research" because most such research does not use embryonic stem cells. There are an increasing number of sources of adult stem cells (amniotic fluid, cord blood, bone marrow, eyes, noses, even fat from liposuction!) and cutting-edge research in this area is turning ordinary adult cells into stem cells. These forms of stem cell research will not be set back and may benefit from the diverting of resources away from embryonic stem cells.

BioEdge: Do you think that this will drive profitable research out of Europe?

David Albert Jones:I think most of this research will stay in Europe. Lawyers who represent the interests of embryonic stem cell companies tell me they are already thinking of how to mitigate the effect of this legal decision. I doubt this judgment will make companies uproot, but I hope it will be a “nudge” which will encourage them to look more at other more ethical kinds of stem cells.

BioEdge: How has the decision been greeted in the UK? Is there a different reaction in other countries in Europe?

David Albert Jones: In the United Kingdom the press has widely reported the comments of Oliver Brüstle and similar comments by British scientists. The status of the human embryo is not taken seriously in the United Kingdom and the views of the embryonic stem cell lobby are accepted uncritically. The United Kingdom is also ambivalent about its relationship with Europe and so it is easy to report this case in a way that plays on anti-European feeling. My impression is that the attitude in other European countries, and particularly in Germany, is quite different.

BioEdge: In your opinion, why do human embryos deserve special respect in Germany but not in the UK?

David Albert Jones: This is a complex question and relates not only to religion (Germany is more than 30% Catholic whereas in England the population is less than 10% Catholic) but more importantly to cultural and historical context. In Germany, given their history, there is a reluctance to sacrifice ethical principles for pragmatic considerations.

BioEdge: Why should science and industry care about ethical limits if the result of their research will benefit the economy?

David Albert Jones: Economic wealth is a human good but it is not one that should be pursued at any cost. People may draw a line at different points but everyone draws the line somewhere.

BioEdge: In the English-speaking world, at least, this is a surprising decision, as the plaintiff is not a Christian group, but Greenpeace. What explains the coincidence of interests here?

David Albert Jones: Greens are not generally opposed to legal abortion (though of course some are). As a movement they are concerned primarily not with the embryo as a person but with the manipulation of human nature, as shown by cloning, eugenics, genetic engineering and the patenting of life. Also Greens tend to come to biotechnology with a more critical attitude and are more likely to see through the hype of claims made by companies with a financial interest.

BioEdge: The court declared that ethics must take precedence over commercial interests. Many would say that this is imposing the ethics of a Christian minority upon scientists. How would you respond?

David Albert Jones: This case was not brought by a Christian group and it is extreme permissive views like those in the United Kingdom that seem to be in a minority in this area. Research is allowed in the United Kingdom that is illegal in many countries in Europe and the United Kingdom even allows research that is banned by the European Convention in Human Rights and Biomedicine. Nevertheless, patent protection requires cooperation between countries and part of the price of this cooperation has been the upholding of some minimum ethical standards. A majority in the European Parliament have decided that patents should not be given from the commercialisation of human embryos.

BioEdge: How has the Anscombe Bioethics Centre engaged in the UK's embryo debate?

David Albert Jones: In February 2011, the Anscombe Bioethics Centre had an event to engage with stem cell scientists in closed discussion under “Chatham House” rules. In June we had a letter published in Nature co-signed by 25 professors and directors of ethics centres throughout Europe, expressing the priority of ethics over commercial interests in embryo research. In September we brought professors from Germany, Italy, France, Ireland, United States, and the United Kingdom to a conference in Oxford on the status of the embryo. The Anscombe Bioethics Centre seeks to be a voice within the United Kingdom reminding people of the dignity of human life from its very beginnings.
Posted by Peter Saunders at 03:43