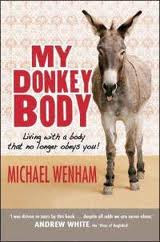 The former chief inspector of schools, Chris Woodhead, has told how he has considered ending his life at Dignitas, the Swiss suicide facility, after being confined to a wheelchair by motor neurone disease.

The hugely controversial head of Ofsted in the 90s claims to have been influenced in this decision by the recent BBC ‘documentary’ fronted by Terry Pratchett, which he said portrayed the clinic in a ‘dignified’ light.

In 2009, Prof Woodhead rejected the idea that he may eventually end his life at the facility but he has now apparently changed his mind.

The story, because of Woodhead’s celebrity status, has been given some prominence by the Daily Telegraph, Daily Mail and Guardian. Thankfully the BBC has not on this occasion covered it.

What do we learn from this case?

First it underlines how changeable suicidal feelings are. This man was adamant that he would not consider ending his life in 2009 but has now changed his mind. Others change their minds in the opposite direction during the progression of an illness if given the right support and time to reflect. It calls the lie to the concept of a ‘settled wish’ to end one’s life.

Second it illustrates the influence of the media. The World Health Organisation guidelines on media portrayal of suicide - ‘Preventing Suicide: A Resource for Media Professionals’ - are very clear.

• Avoid language which sensationalizes or normalizes suicide, or presents it as a solution to problems
• Avoid prominent placement and undue repetition of stories about suicide
• Avoid explicit description of the method used in a completed or attempted suicide
• Avoid providing detailed information about the site of a completed or attempted suicide
• Exercise caution in using photographs or video footage
• Take particular care in reporting celebrity suicides

These guidelines were all broken by the BBC during the Pratchett documentary and Woodhead’s is now the second case in less than a week where a person has claimed to have been influenced towards ending their life by watching it.

I have previously highlighted a recent BMJ article describing the kind of media coverage that either encourages or discourages suicide, the so-called Werther and Paganeno effects respectively.

Suicide contagion and copycat suicide are real phenomena and I hope that the current Department of Health consultation on suicide prevention, which closes on 11 October, will be addressing these issues.

Third, Woodhead’s case should be counterbalanced by stories which represent the vast majority of people with motor neurone disease who do not want assisted suicide. Otherwise it creates the false impression that Woodhead’s reaction to his illness is normal.

The overwhelming vast majority of people with diseases like motor neurone disease, multiple sclerosis and Parkinson’s disease – or even locked in syndrome for that matter - do not wish to end their lives.

They want help and support from others to make the very most of the lives that they have. Not ‘assisted dying’ but ‘assisted living’.

Stories of triumph over adversity should get more column inches and air time.

I have already drawn attention on this blog to Alistair Banks’ inspiring story of courage. His optimism is not unusual, he maintains. 'Everyone I know with MND is trying to do positive things, otherwise they would sink into despair. It’s a coping mechanism. Doing things means that you can pull in friends and family to share something both fun and rewarding.'

Another MND sufferer Michael Wenham has told the Independent about his determination to keep on living life. Diagnosed in 2002 with a rare, slower form of Motor Neurone Disease, Michael has always intended on not giving up.

In his book, 'My Donkey Body' (pictured above) he clearly and compassionately describes the process of being diagnosed with the terminal disease, and the struggle of living with the condition. He also deals eloquently with these issues on his blog.

A second book which Wenham co-authored with a South African fellow MND sufferer Jozanne Moss, ‘I choose everything’, is available on Amazon, has its own face book page and is recommended by the Motor Neurone Disease Association.

It is becoming something of a habit for media outlets to highlight stories like Woodhead’s. They should instead be highlighting cases like those of Banks and Wenham.

Is it too much to hope for the BBC to run a documentary on one such case?
Posted by Peter Saunders at 15:07