A converted abortionist speaks from beyond the grave about guilt, faith and tactics 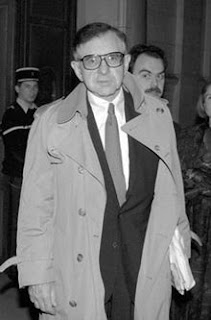 Bernard Nathanson, who died last February, was an American medical doctor from New York who helped to found the National Association for the Repeal of Abortion Laws, but later became a pro-life activist.

His book ‘the Hand of God’ is the subject of a review in this week’s British Medical Journal, by Trevor Stammers, programme director in bioethics and medical law at St Mary’s University College, London

Stammers introduces Nathanson as ‘the only US abortionist to have changed his mind and faced national vilification twice over—initially for advocating abortion in the ‘60s and subsequently for campaigning against it, culminating in his widely available 1984 documentary The Silent Scream.’

He describes how Nathanson ‘found the tensions of the “moral whipsaw” of both aborting and delivering babies were becoming intolerable’ and later ‘became seized by “an unremitting black despair”’ which led eventually to his Christian conversion'.

I will leave you to read the review for yourself but I was interested also to find Nathanson’s ‘confession’ on line which gives insights into how he and others worked to legalise and popularise abortion in the United States:

‘I am personally responsible for 75,000 abortions. This legitimises my credentials to speak to you with some authority on the issue. I was one of the founders of the National Association for the Repeal of the Abortion Laws (NARAL) in the U.S. in 1968. A truthful poll of opinion then would have found that most Americans were against permissive abortion. Yet within five years we had convinced the U.S. Supreme Court to issue the decision which legalised abortion throughout America in 1973 and produced virtual abortion on demand up to birth. How did we do this? It is important to understand the tactics involved because these tactics have been used throughout the western world with one permutation or another, in order to change abortion law.’

What were these tactics? Essentially three:

1.Lie to the media about the true number of illegal abortions
2.Pretend that all opposition was Catholic
3.Denigrate and suppress all scientific evidence that life begins at conception