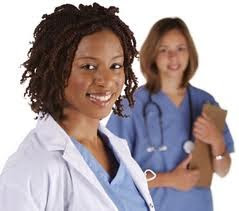 A London hospital which tried to force two Christian nurses to participate in abortion has backed down after receiving a letter from a Christian lawyer. The story, which Liverpool barrister Neil Addison of the Thomas More Legal Centre reports on his blog, is also carried today by the Daily Telegraph and LifeSite News.

The two unnamed nurses, who had been employed at the London hospital for ordinary nursing duties, were then allocated to work once a week at an abortion clinic in the hospital. Here they were required to participate in a medical abortions (using the drugs mifepristone (RU486) and misoprostol). When they refused they were told that they had no choice in the matter. One manager in fact commented, ‘What would happen if we allowed all the Christian Nurses to refuse?’

The nurses then approached the hospital’s Catholic chaplain who contacted the Thomas More Legal Centre. Addison then wrote to the hospital on behalf of the TMLC arguing that the nurses had a legal right to refuse to participate under the conscientious objection provisions of s4 of the Abortion Act 1967. He also stated that their belief in the sanctity of life from conception onwards was a philosophical belief protected under the Equality Act 2010 and therefore any attempt to pressure them into participating in the abortion clinic or to suggest that their refusal would affect their career would also be illegal under equality legislation.

The hospital then attempted to tell the nurses that they could be excused from actually administering the abortion drugs but would otherwise have to work in the Clinic. At this point Addison wrote a second letter arguing that this proposal was equally unacceptable because the nurses would still be morally complicit in abortion even if they did not actually administer the drugs. The hospital eventually backed down and the nurses were allocated to other duties.

Addison says he is not aware of the Equality Act ever being used to defend conscientious objection to abortion, but as the courts have already accepted that the philosophical belief in global warming is protected under Equality legislation (see Grainger Plc & Ors v. Nicholson [2009] UKEAT 0219_09_0311) he could see no reason why belief that human life begins at conception should not be equally protected.

Using the Equality Act meant that the Nurses would be able to claim harassment, victimisation or discrimination in an employment tribunal if they were put under pressure at work because of their reliance on the conscientious objection protection in s4 of the Abortion Act.

Section 4 of the Abortion Act 1967,’ Conscientious objection to participation in treatment’ reads as follows:

(1) Subject to sub-section (2) of this section, no person shall be under any duty whether by contract or by any statutory or other legal requirement to participate in any treatment authorised by this Act to which he has a conscientious objection.

The full scope of this clause has not yet been tested in the courts. Whilst it is clear that it covers those directly involved in the abortion itself, the Janaway case ruling (see note below) held that it did not cover a receptionist who refused to type an abortion referral letter.

The current case involving the two nurses did not come to court because the hospital caved in when confronted with the possibility of a legal challenge. However it does raise the question about whether Grainger v Nicholson (the limits of which still have to be explored) may make life easier for some conscientious objectors.

The case is a rare example of equality laws being used to protect the rights of Christians. Previously judges have been criticised for interpreting equality and human rights legislation in ways that allegedly ‘marginalise’ religious beliefs.

Last month, the Equality and Human Rights Commission warned that the courts had failed to protect religious freedom by ruling against Christians who wanted to wear the cross at work.

The watchdog said judges had interpreted the law ‘too narrowly’ and must be more willing to accept that staff who have been prevented from expressing their beliefs have suffered discrimination. However there were hints that it may now be backtracking on this after being put under pressure by members of the gay community.

The victory of the two nurses comes on the heels of a new poll of British medical students that finds them strongly supporting the conscience rights of physicians and medical professionals who don’t want to be involved in doing or referring for abortions.

The new survey, published in the Journal of Medical Ethics found students agreeing that doctors should be allowed to object to any procedure that conflicts with their personal, moral, or religious beliefs. Nearly half of respondents believed in the right of doctors to conscientiously object and refuse to treat a patient who wanted an abortion.

The author contacted 1437 medical students at medical schools in Cardiff, London, and Leeds, and asked them to complete an anonymous questionnaire to canvass their views on conscientious objection to medical practices in 2008.

The current case should encourage Christians exercising conscience on this issue. The two nurses are to be commended for their courage and Neil Addison for his ingenuity. Whilst it doesn’t establish any new legal ground or establish new precedents in law, the case does demonstrate that asking hospitals to make reasonable accommodation for Christians can be successful.