Religion is based on dogma whilst science is based on evidence? No, actually each accommodates both. 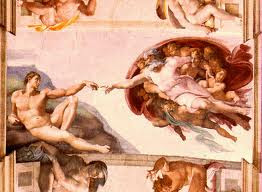 Dr Evan Harris has this morning recommended that everyone read an article in the Guardian newspaper on Science and faith titled, ‘Faster than light story highlights the difference between science and religion’. So I did.

You are welcome to read it yourself (it is very short) but its main message is encapsulated in the following paragraph:

One of the things that appeals to me about science is that, unlike religion, science is not dogmatic. It does not say: ‘This is the way things are, and it can be no other way.’ Instead it says something like: ‘Based on the evidence we have so far, this is how things probably are; if clear and solid evidence is discovered that shows this is not how things are, then we will need to change our minds.’

The article thereby perpetuates two myths believed by many atheists. ‘Science is based on evidence whilst Religion isn’t’ and ‘Religion is dogmatic whilst Science is not’.

Well I can’t answer for other religions but I chose to become a Christian on the basis of examining the evidence. Yes the evidence of personal experience and the complexity of the universe played a part in me coming to believe that God existed. But the key things that persuaded me to become a Christian were the teaching, claims and actions of Jesus Christ as recorded by eye-witnesses.

I suspect that most of the 580 million evangelical Christians in the world today, and many of the total of 2.3 billion who call themselves Christian, would argue similarly. They became Christians because they were convinced by evidence that Jesus Christ was in fact who he claimed to be. 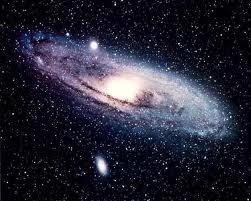 The evidence of Jesus’ teaching, life, miracles and actions, including his death and resurrection, leads us to the conclusion both that God exists, and that Jesus Christ, is this God, creator, sustainer and judge of the universe, in the flesh. Putting our personal trust and faith in him is the logical corollary.

The dogma in Christianity is based on this belief. If Jesus is indeed God then we ought to take what he says rather seriously. To disbelieve God’s teaching is both foolish and arrogant. So is Christianity dogmatic? Well in a sense yes, because Jesus Christ is the absolute authority in the universe, but our belief in the authority of Jesus Christ is actually based on evidence.

What about science? Well belief in science, like belief in Christianity, is based on an interpretation of evidence. We gather data, observe regularities and develop theories which are then tested against further observed regularities.

But science is also based on a number of unprovable ‘religious’ assumptions including the following:

•There is a real world of matter out there that is accessible and correlated to our senses.
•Our minds are giving us reliable information about the world.
•Language and mathematics, reason and logic can all be applied to the world of our senses.
•Nature is uniform – the expectation that the present and future will be like the past.

None of these above assumptions, which are all integral to the scientific process, can actually be proved scientifically. We all accept them all of course, but we do so by faith. And the view of many philosophers is that they are reasonable assumptions only if God actually exists.

True scientists of course should not be dogmatic, but many are, about issues which are actually beyond scientific evaluation. This is most interesting.

Richard Dawkins, in his dogmatic teaching about the Christian faith, stands in a lengthy tradition. Sir Julian Huxley, at the Darwin Centennial, University of Chicago, in 1959 said: ‘In the evolutionary pattern of thought there is no longer either need or room for the supernatural.’

In the same vein, Nobel laureate Jacques Monod writes: ‘Pure chance, absolutely free but blind, is at the very root of the stupendous edifice of evolution with the result that man at last knows that he is alone in the unfeeling immensity of the universe... Neither his destiny nor his duty have been written down.’

Thus, Monod not only banishes God from the universe, he denies any concept of absolute morality. And in so doing he seems to miss the rather obvious observation that many Christians are also evolutionists, whilst for many others, their disputes with Dawkins are disputes about the interpretation of scientific evidence.

Deducing atheism from biology is a very suspect philosophical procedure in itself. However, in some prominent cases, far from the philosophy being deduced from the science, the very reverse is true. Richard Lewontin, a world famous geneticist at Harvard, writes:

‘Our willingness to accept scientific claims that are against common sense is the key to an understanding of the real struggle between science and the supernatural. We take the side of science in spite of the patent absurdity of some of its constructs... in spite of the tolerance of the scientific community for unsubstantiated just-so stories, because we have a prior commitment...to materialism. It is not that the methods and institutions of science somehow compel us to accept a material explanation of the phenomenal world but, on the contrary, that we are forced by our a priori adherence to material causes to create an apparatus of investigation and a set of concepts that produce material explanations, no matter how counterintuitive, no matter how mystifying to the uninitiated. Moreover that materialism is absolute for we cannot allow a divine foot in the door.’

As John Lennox has remarked, ‘This revealing statement from a prominent member of the scientific establishment is a far cry from the common naive understanding of science as impartially following the implications of experiments wherever they lead. For Lewontin, commitment to materialism comes first, the science follows. And if you shape your science in such a way that you are never in danger of detecting a divine footprint, then of course you never will. But that is to leave wide open the question as to whether divine footprints exist!’

So is it true that religion is based on dogma whilst science is based on evidence? No, there are actually elements of faith, evidence and dogma in each.
Posted by Peter Saunders at 03:29