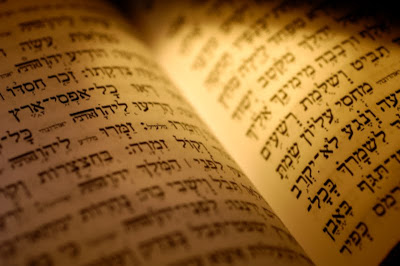 Many people today are willing to accept Jesus as a great moral teacher, even as the Son of God, but are unable to accept the authority of the Bible, the world’s most read book.

But in fact it is Jesus himself who, by his teaching, underlines the authority of the Bible.

Following Christ involves following his commands. The ‘law of Christ’ referred to in such Scriptures as John 13:34-35, 1 Corinthians 9:21 and Galatians 6:2 involves bearing one another's burdens, loving each other as he has loved us.

But whereas these verses summarise beautifully the substance of the teaching Jesus gave first-hand, we cannot therefore conclude that the rest of Scripture is unnecessary. Jesus expands this core of moral teaching throughout the Gospels and particularly in the Sermon on the Mount (Mt 5-7). But he also endorses the whole of the Bible, both the Old Testament and the New Testament.

Jesus and the Old Testament

Jesus commanded his disciples to obey the teachers of the law in so far as they were faithful to the Law of Moses (Mt 23:2-3), and said that anyone who broke one of the least of the Law's commandments and taught others to do the same would be called least in the Kingdom of Heaven. Not 'the least stroke of a pen' is to disappear from the Law until 'heaven and earth disappear'. In fact his disciples are expected to go beyond mere observance of the letter of the Law to fulfilment of the very principle of love upon which it is based (Mt 5:17-20). So for example, in the eyes of Christ, hate and lust are to be regarded as seriously as murder and adultery (Mt 5:21-22, 27-28). Jesus had a very high view of the Old Testament.

Jesus and the New Testament

Jesus also commissioned the writing of the New Testament. We can be confident that what the Apostles recorded was what Christ said (Lk 1:3; Jn 20:30-31; 2 Pet 1:16), not only because they were eyewitnesses of all that he said and did but more importantly because he personally commissioned them and gave them the authority to teach in his name (Mt 28:19-20; Gal 1:11-12; Mt 16:18-19; 18:18). The fact that what is recorded in the New Testament is the testimony of eye-witnesses means that we can be confident that there were not errors of a 'Chinese-whisper' type that have crept into the text.

We have not only the apostles' testimony themselves that what they wrote were the words of Christ but also Christ's own testimony that he would enable them by means of his Holy Spirit (Jn 14:25-26) to 'teach them all things', 'remind them of everything he said', 'take what was his and make it known to them' and 'guide them into all truth' (Jn 16:12-15).

It is true that we are now ‘saved by grace through faith’ (Eph 2:8,9) and 'not under (Old Testament) law but under grace' (Rom 6:14) but this does not mean that we are thereby free of moral responsibility. Under the New Covenant, God's laws are written on our hearts (Je 31:33; Ezk 36:25-27) and we are now enabled and exhorted to live 'according to the Spirit' (Gal 5:22-24). In other words , while our goodness or righteousness is 'by faith' (Rom 1:17) the evidence of the genuineness of our faith is that we perform good works (Jas 2:26) by being conformed to Jesus Christ and following in his footsteps (1 Jn 2:6).

The Sufficiency of the Bible

The Bible is God's Word to us, coming to us with the very authority of Jesus Christ and given in order that we may 'be thoroughly equipped for every good work'. It is sufficient (2 Tim 3:16,17). The Bible accordingly contains very stern warnings about adding to or subtracting from what God has already revealed (Dt 4:2; 12:32; Pr 30:6; Rev 22:18-19).

A logical corollary of this is that we should share Jesus' own high regard for the Scriptures. We will want regularly to hear, read, study and meditate on what God has revealed in the Old and New Testaments so that our thoughts and actions will be increasingly in line with those of Jesus himself.