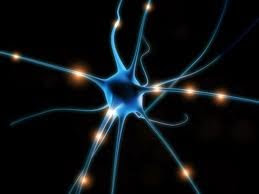 Researchers have come up with a recipe for making functional neurons directly from human skin cells, including those taken from patients with Alzheimer's disease. The new method may offer a critical short cut for generating neurons for replacement therapies of the future, according to research published in the 5 August issue of the journal Cell, a Cell Press publication.

When studied in a dish, the neurons derived from healthy skin cells could fire and receive signals, just like normal neurons. What's more, when placed into the brains of developing mice, the converted cells were able to connect up to the existing circuitry. ‘They really are neurons,’ said Asa Abeliovich of Columbia University, senior author of the study.

In earlier approaches to generate neurons from skin cells, those adult cells first had to be returned to an embryonic stem cell state. Those cells, called induced pluripotent stem (iPS) cells, are hard to come by – less than one percent of cells are typically reprogrammed successfully. In addition, the entire process is time-consuming, requiring months to coax cells into iPS cells and then stimulate them to become neurons.

To get around these potential pitfalls, Abeliovich's team started with known transcriptional regulators and, through a process of trial and error, identified a cocktail of factors that could turn human skin cells into neurons. While the process was not initially very efficient, they refined the protocol, ultimately converting about 50 percent of the cells.

This is a massive new step towards providing ethical treatments for degenerative diseases that do not involve the destruction of human embryos.

This new development comes after three significant developments in ethical stem cell treatment in July that I reported on earlier this week and is further evidence that ethical treatments can be found if researchers are patient and persistent.
Posted by Peter Saunders at 14:15