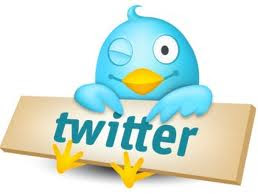 This morning, after the Coalition for Marriage Petition gained its 500,000th signature, and in response to an article in Pink News trying to undermine #C4M’s credibility, I sent out two tweets from my twitter account (@drpetersaunders) announcing the new milestone.

Growing paranoia from @pinknews over having its small unrepresentative cyber-community trounced by #c4m petition http://bit.ly/J6HnFh

The second was a ‘retweet’ from Archbishop Cranmer (@his_grace)

And many congratulations to the Coalition for Marriage @c4mtweetsfor reaching 500,000 supporters http://c4m.org.uk/?cranmer

As a result for the last nine hours I have been under constant siege from the several hundred secular twitterati who track my every move.

As I usually do, I have ignored frankly abusive comments but have attempted otherwise to take questions and comments at face value and do my best to answer them honestly and politely, but firmly and, as appropriate, with good humour.

Many of the responses have been in the same spirit, robustly but respectfully disagreeing with me. There has been a lot of mutual ribbing too and as is usual, certain members of the twitterati have taken great delight in retweeting some of my 140 character utterances to their adoring followers in order to demonstrate how self-evidently foolish I am.

This is all par for the course on Twitter. You can read the various conversations on my twitter page by clicking ‘view conversation’ on each tweet

Some of the twitterati have also tried to draw me out by asking specific questions that they know will elicit answers which will draw the baying mob most effectively.

Today I sent out two tweets in response to specific questions from a Dr David Jones (@welsh_gas_doc) that really sent the mob into a wild frenzy. As you will see he is copied into most of the ensuing tweets. My tweets read as follows:

@welsh_gas_doc @pocketapocketa @c4equalmarriage All people are sinners (Romans 3:23) and also all sex outside marriage is morally wrong

Both were simply factual statements about orthodox Christian belief. In days past, such statements would have been met generally with a reaction of patronising incredulity or even pity that someone could hold such unenlightened and antiquated, even quaint, views.

But today the sort of reaction such statements elicit explains I think why so few Christians ever talk about what they actually believe on twitter – at least about sex.

I’m pretty much used to this kind of stuff now and put up with it largely because I get a lot of traffic to this blog as a result from those who silently listen in to the conversations.

Anyway, for what it is worth, here is a selection of some of the more offensive tweets I have received today. I am frequently called a 'homophobic bigot' (although I prefer to think of myself as 'homosceptic') but as you will see some of these go a bit further than that. I haven’t replied to any of them.

For those unfamiliar with twitter, each begins with the name and account of the person sending the tweet. As you will see, some people appear more than once.

Simon Feeke ‏ @feekelife
@drpetersaunders @C4EqualMarriage you are such a terrible small minded person, I'm staggered by your hypocrisy, call yourself christian!!

Simon Feeke ‏ @feekelife
@drpetersaunders @C4EqualMarriage just admit you're a bigot and we can all just continue fighting the cause without your input, thank you

Sara O'Brian ‏ @Sara_OBrian
@drpetersaunders Shut up you stupid old bastard you won't be around to see marriage equality so pipe down.

Alex Graham ‏ @Rangaaar
@drpetersaunders I would love to give you the benefit of the doubt, but as a representative to lots of people, why are you so poisonous?

Johnathon Waples ‏ @JohnathonWaples
@drpetersaunders But srsly? A civil partnership isn't equal. I hope your HATE for people who just want to be HAPPY makes you sleep at night.

Lorrie Hearts ‏ @LorrieHearts
@drpetersaunders: Smiley enough in his picture but he'd cut off your equal rights as soon as look at you. Not my kind of doctor.

The George ‏ @kaptainkrucius
@drpetersaunders no I merely stated that none of my friends were bigots like you. It was you who suggested I need to get out more.

Russell Norton ‏ @russyork
I find the opinions of @drpetersaunders scary. I would be terrified if he were my doctor, clearly has no idea about equal treatment #bigot

Rob Ward ‏ @PocketaPocketa
@drpetersaunders @welsh_gas_doc @C4EqualMarriage I feel sorry for you &your hindbound soul both. Still, it's never too late for ppl to grow.

Mr Stefani to you! ‏ @Glen_Stefani
@feekelife @drpetersaunders FUCK ME! How in this wonderful world can these ignorant morons peddle this hatred? Hang your head in SHAME!

Chris Wallace ‏ @CJWallace91
@drpetersaunders @welsh_gas_doc @pocketapocketa@c4equalmarriage Are you a medical doctor? If so, you're a disgrace to the profession.

Shaun Lawrence ‏ @BigGayShaun
Want to see how some Christians regard LGBT people? I suggest dipping in to the mind of @drpetersaunders. What an intolerant person he is.

Wendy Lee ‏ @TheRealBaglady
@welsh_gas_doc @ICUchris @drpetersaunders Pretty terrifying that someone so judgemental would ever be let loose on people with a scalpel.

Paul Southworth ‏ @PaulMSouthworth
@DeeTeeUK @marty_hogg @drpetersaunders @welsh_gas_doc I hope they take a good deal of comfort from the people pointing out he's a twerp.

ThomThom ‏ @ThomJONeill
@drpetersaunders What of the kids who kill themselves because of the attitudes of people like you? Is your faith REALLY worth that?

Will Jensen ‏ @mrwilliamjensen
@drpetersaunders This man believes its wrong for same sex sex!!! Tweet him and tell him he's wrong and should give it a go some time!!!! :-)

Alex Scott ‏ @alexscott292
@anarchic_teapot @drpetersaunders @welsh_gas_doc to be fair, it's big bumper book of bollocks he's got to thumb through to get the answer.

helliewm ‏ @helliewm
@owenblacker @drpetersaunders Yes Owen my news feed is full of it. The medics in my news feed are getting annoyed too. He is just a bigot IMO

Jason ‏ @Lewishamdreamer
@drpetersaunders I call you out as a liar. Based on my last retweet.@Spleather

Sam Beezley ‏ @sambeezley
Only if you don't know how to do it "@drpetersaunders: Yes David. Sex between two people of the same sex - male or female - is always wrong"

Alex Scott ‏ @alexscott292
@drpetersaunders eight. How is it relevant to your fulminating homophobia?

Alex Scott ‏ @alexscott292
It strikes me I could write whatever prejudiced, unreconstructed maliciousness and rename it something like @drpetersaunders "homosceptic"