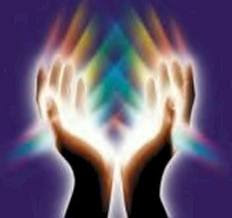 Back in February I reported on a BBC story claiming that ‘a third of NHS trusts still offer homeopathy despite there being no scientific evidence for its effectiveness’. I laid out a checklist for Christians for assessing complementary and alternative medicine (CAM) therapies.

Today, Archbishop Cranmer (aka ‘His Grace’), has drawn my attention to a story in the Mail on Sunday, '"Voodoo" row as the Lottery gives £200k to spiritual healers available on NHS', reporting on a research project into a controversial form of ‘alternative medicine’ being carried out in a West Midlands Hospital.

Three healers at Good Hope are apparently recruiting 200 patients suffering from bowel conditions. These healers then pass their hands over the patients' bodies to channel 'healing energy' to affected areas in 20-minute sessions designed to see whether the treatment relieves discomfort.

A Big Lottery Fund grant for the two-year study was awarded to healing charity ‘Fresh Winds’, which is working with Birmingham University and the NHS Good Hope Hospital in Sutton Coldfield.

Advocates say the energy works 'like a gentle set of jump leads' and can alleviate pain. But critics say the healing has no scientific basis and money raised through the Lottery should not be used to promote alternative medicine when the NHS is squeezed for cash.

One patient at Good Hope is reported as refusing to join the trial. 'How a person running their hands over you can make a difference, I really don't know,' she said. 'I think there is a certain amount of pandering to people's desperation. The healing appears to be based on the Buddhist spiritual practice of Reiki, which is ironic when Christian doctors and nurses are warned about praying for their patients.'

She is referring to the case of Caroline Petrie, a Christian nurse who was suspended from her job for offering to pray for an elderly patient's recovery from illness.

Simon Singh, the author of Trick or Treatment? Alternative Medicine on Trial, has said: 'The £200,000 should have been spent on much better causes. There is no worthwhile evidence at all that spiritual healing works in any way, shape or form other than the placebo effect – when the patient feels better just because they are getting some attention. To use Lottery money on this is to introduce voodoo into our health service. It is genuinely tragic to spend money this way when there are so many real medical questions that need answering.'

Simon Singh's co-author Edzard Ernst, professor of complementary medicine at Exeter University, added: 'It makes a mockery of evidence-based medicine to put public money into this.'

Reiki is an increasingly popular ‘therapy’ recommended for a variety of acute and chronic conditions. Developed in the late 19th century, it is characterised by the laying on of hands, and based on an ancient Buddhist healing technique. Like other alternative therapies with New Age associations, it involves belief in an invisible life force that generates self-healing.

Reiki has no credible scientific basis and there is no evidence for its efficacy in controlled trials. Although posing little medical danger, apart from causing delay in orthodox diagnosis and treatment, its spiritual roots and lack of evidence-base should ring loud alarm bells.

The first, ‘Effects of reiki in clinical practice: a systematic review of randomised clinical trials’, was published in 2008 and concluded that ‘the evidence is insufficient to suggest that Reiki is an effective treatment for any condition’.

The second, 'A systematic review of the therapeutic effects of Reiki', in 2009, drew the conclusion that ‘the serious methodological and reporting limitations of limited existing Reiki studies preclude a definitive conclusion on its effectiveness’.

But as well as having no proven benefit, Reiki’s spiritual roots should also ring alarm bells for Christians. A review in the CMF Journal Triple Helix concluded:

‘Reiki claims to be a spiritual path leading to physical, mental, emotional and spiritual attunement, harmony, good health and happiness. As a holistic therapy with Buddhist roots, it clearly has serious spiritual implications but does not and cannot supply answers for the basic spiritual sicknesses of mankind such as sin, guilt, fear and the need for forgiveness and salvation.’

In other words there is not only no evidence that it actually works. It is also spiritually unsound. Two good reasons to stay away from it!

For both reasons Reiki is what medics call a ‘WOTAM’ therapy – a ‘waste of time and money’.
Posted by Peter Saunders at 07:57