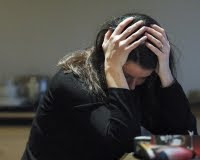 Abortion ‘providers’, such as BPAS and Marie Stopes, could soon be stripped of their ability to counsel women under plans being considered by the Government.

I previously commented on the move by two MPs, Frank Field and Nadine Dorries, to offer women the right to independent counselling for abortion that is not provided by the abortion industry itself.

The MPs are also attempting to take the responsibility for producing abortion guidance away from the Royal College of Obstetricians and Gynecologists (RCOG) which has demonstrated its inability to produce guidelines that treat the scientific evidence fairly and objectively or to carry out a public consultation in a transparent way.

The MPs had planned to execute both these moves via amendments to the government's Health and Social Care Bill.

Subsequently, however, an exclusive report in the Liverpool Daily Post revealed that Andrew Lansley, the health secretary, had invited Mr Field to talk to departmental officials about changing the law through regulations, rather than via amendments to primary legislation.

Just yesterday Jim Dobbin MP asked a question in Parliament about the matter as follows:

Jim Dobbin: To ask the Secretary of State for Health
(1) under which provisions of the Abortion Act 1967, as amended by the Human Fertilisation Act 1990, he proposes to sever the financial links between abortion providers and counselling; for what reasons these provisions have never previously been invoked; what criteria will be used to determine the independent character of counselling; and if he will make a statement; [63602]
(2) what (a) regulations and (b) amendable legislative proposals he plans to lay before the House to alter the arrangements governing abortion counselling; what timetable he has set for the laying of such provisions; if he will publish each item of correspondence with hon. Members relating to this issue; and if he will make a statement. [63675]

The health minister answered as follows:

Paul Burstow: We are drawing up proposals to enable all women who are seeking an abortion to be offered access to independent counselling. The current arrangements for counselling related to abortion services can be varied within the existing statutory framework for the commissioning of such services. The Health and Social Care Bill 2011, now before Parliament, expands that framework. These proposals would not affect any of the current provisions of the 1967 Abortion Act.

We would want the counselling to be provided by appropriately qualified individuals. Independent counselling will focus on risks to health posed by both the abortion procedure and continuing with the pregnancy enabling a woman to make a decision that would benefit her overall health and wellbeing.

We will seek the permission of hon. Members to publish correspondence on this issue.

Today a spokesman for the Department of Health said:

‘The Department of Health wants women who are thinking about having an abortion to be able to have independent counselling.’

‘However, we do not believe it is necessary to set out this requirement in primary legislation as the necessary legal mechanisms already exist to enable this. We are inviting interested parties to meet with the public health minister, Anne Milton, and Department of Health officials to discuss the matter.’

Asked if legal mechanisms would specifically prevent counselling by abortion providers, the spokesman said: ‘We are considering these issues as part of policy development in this area.’

Well, we await the outcome of these discussions with great interest! They are certainly timely. By whatever means the contemplated changes come about they are much needed.

Just this week there have been stories about the release of abortion statistics kept secret by the Department of Health for nine years, a new British study confirming the well-recognised links between abortion and premature birth and a call from the new adoption czar to help women with unplanned pregnancies consider what he called the ‘golden option’ of adoption.

Taking counselling away from the abortion industry will do something to break the current conveyor belt mechanism which drives many vulnerable women to abortion thinking that they have no other choice - a decision for which they are not ready and often later regret. There is a huge need to ensure that women have the opportunity to know the truth about the health consequences of abortion, to know what support is available should they choose to keep the baby, and to receive information about alternatives like adoption.

And taking the responsibility to produce abortion guidelines off the RCOG will be a step towards ensuring that women obtain objective evidence-based information that does not come from those with a financial and ideological vested interest in abortion provision.
Posted by Peter Saunders at 15:49