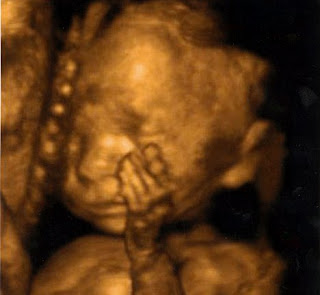 Today, as a result of losing a six year long court battle to the ProLife Alliance (see my earlier blog), the Department of Health was finally forced to disclose the abortion statistics that it has been hiding since 2002.

The Department had been refusing to reveal the abortion numbers in any category where there were less than ten on the spurious grounds of protecting patient confidentiality. But after a long running fight they finally caved in and published the missing numbers.

The ProLife Alliance, said today: 'This is a great victory for transparency and freedom of speech and we are delighted that full information about the justification for late abortions is now being made available in the same detail as it was in 2001.'

The statistics, released today, reveal that between 2002 and 2010 there were 17,983 terminations on the grounds that there was a ‘substantial risk’ that the babies would be ‘seriously handicapped’ — known as Ground E abortions. The overwhelming majority of these were compatible with life outside the womb.

Abortion is legal in the first 24 weeks of pregnancy if the pregnancy poses a risk to the mother’s mental or physical health greater than that from having an abortion. About 98% of abortions are carried out on somewhat spurious mental health grounds. But after 24 weeks, an abortion is allowed only if there is substantial risk of ‘serious’ physical or mental abnormality, or the woman’s life is in danger.

The Department of Health also released figures on abortions to under-16s between 2002 and 2010. There were an astonishing 35,262 terminations during this period including 74 on twelve year olds.

The figures are a chilling testimony to a growing eugenic mindset in Britain, where babies with disabilities are eradicated before birth so as not to place a burden on families, society or the health service. They are also another nail in the coffin of the last government’s failed teenage sexuality strategy.

There is still a lot that remains unrevealed – like the numbers of late abortions and abortions for disability in each category carried out by the publically financed private sector, the grounds on which all late abortions were authorized and the number of teenagers who had two or more abortions.

But these numbers alone will shock many members of the public who up until this stage have simply been ignorant about what really goes on behind closed doors.

Every life lost is a tragedy; and of course these 18,000 abortions constitute only a fraction (1%) of the over seven million there have been in the UK since the Abortion Act was passed in 1967.
Posted by Peter Saunders at 15:05