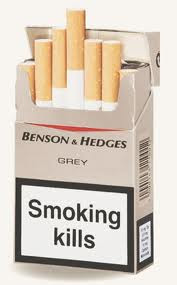 The Daily Telegraph carried the story earlier this month that private clinics which carry out abortions will be allowed to advertise on television and radio for the first time, under new rules.

‘Under the draft recommendations, drawn up by the Broadcast Committee of Advertising Practice (BCAP), which regulates TV and radio commercials, dozens of independent ‘hospitals’ carrying out abortions will be able to advertise their services to ‘consumers’.

Until now, restrictions have meant abortion clinics can only advertise their services if they are not run for profit. Because of the rules, just one advert, by charity Marie Stopes International has ever been aired, last year, to great controversy, and more than 4,500 complaints.

The new draft code for TV and radio advertising, on which consultation began on 27 June, has also angered pro-life groups because it says that if they run commercials promoting services offering counselling to pregnant women, they must make explicit the fact they would not refer for terminations.’

The consultation closes August 8 with a recommendation from BCAP to Ofcom to follow by the end of 2011.

The move comes just as two MPs, Nadine Dorries and Frank Field, are attempting to introduce an amendment to the Health and Social Care Bill to ensure that women with unplanned pregnancies can obtain counselling that is independent of the abortion industry.

At the same time health warnings are set to be placed on abortion adverts in Russia – where over a million abortions were carried out in 2008. The Christian Institute reports:

‘A new bill, passed by the lower house of Russia’s parliament earlier this month, states that warnings will have to cover at least 10 per cent of the total space of adverts for abortion clinics and services.

The warnings will have to list the possible negative effects of an abortion to the mother – including infertility.

Members of Russia’s lower house voted through the measure on Friday 1 July. Reports suggest the upper house will also pass the measure and that Russia’s President will sign the bill into law.’

The move to curb abortion advertising in Russia is part of a new strategy to tackle Russia’s demographic time-bomb.

Vladamir Putin, the Russian President, has promised to spend £33 billion to boost the country's flagging population by raising the country's birth rate by between 25 and 30 per cent by 2015.

Anton Belyakov, author of the bill and deputy from the Just Russia Party faction, previously told journalists, ‘The bill commits doctors to warn women who decided to have an abortion that it may cause infertility, death or negatively affect physical and mental health.’

Under this new arrangement abortion adverts in Russia might conceivably begin to look like cigarette adverts in Britain. I wonder if, as well as warning about the well-recognised effects on the mother’s physical and mental health, they will also carry the warning that abortion kills babies along with pictures illustrating abortion’s various effects.

Somehow I think not. But if such pictures ever do appear it looks likely that we will see them in Russia before we see them in Britain.
Posted by Peter Saunders at 14:58