Unity's outpourings on abortion are symptoms of deep-seated anxiety 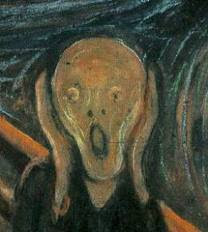 Back in April I blogged that the Royal College of Psychiatrists’ review of the relationship between abortion and mental health had resulted in a comprehensive 120-page consultation document that was ‘worthy of serious study and measured response’.

The Christian Medical Fellowship accordingly put together a working group of academic psychiatrists and gynaecologists to participate along these lines.

After several weeks of conference calls and wide discussion CMF produced a detailed, balanced and carefully researched submission which they both submitted to the RC Psych and also published on their website along with a summary of the main points and a two page statement outlining their conclusions.

CMF concluded that, whereas there was much to commend in the RC Psych consultation paper, they still had concerns about some inaccuracies, lack of transparency and overconfident conclusions.

I was therefore intrigued to hear that someone had described the CMF submission as ‘a pile of tendentious and ill-informed crap’.

Naturally I sought to find out ‘who and why?’ I was not surprised to discover that the comments originated in 4,365 word rambling post on a website called ‘Ministry of Truth’ written by none other than our old friend, the infamous pseudonymous Liberal Conspiracy troll-blogger ‘Unity’ (pictured), whose unsurpassed powers of analysis I have drawn attention to previously on this site.

The normal way to respond to public consultations on important subjects is to make a formal submission to the body carrying out the review. Unity’s approach, by contrast, is to ignore the review process and seek to discredit the responses of those who have taken the trouble to engage through the proper channels.

So true to form, rather than participating in the consultation as a serious stakeholder, Unity has instead bleated his thoughts into the blogosphere and then tweeted his bleats to his small band of supporters. These are tactics similar to those of the playground bully who, rather than engaging in constructive debate, shouts obscenities from a corner of the playground to impress his fellow thugs and then sniggers and titters about how clever he is, whilst all the time wearing a paper bag over his head so that no one can actually ascertain his real identity.

My initial inclination, was therefore simply to ignore Unity’s ramblings, but I then felt It was better to make some comment just in case people, without knowledge of the subject matter, might conclude from the sheer length of Unity’s post that he/she had landed a successful punch or two.

I have dismissed any thought of doing a detailed line by line rebuttal. I have too much of a life to spend time on mindless tit for tat and I didn’t want to risk legitimising Unity’s rather intemperate and vitriolic ramblings by paying them more attention than they deserved.

So instead I have opted to respond briefly to two of Unity’s more serious points and suggest that those who are interested in contributing to the debate in an informed way examine the CMF submission, summary document and statement for themselves.

First, Unity claims that the CMF is wrong to suggest there is insufficient transparency in the RC Psych’s selection, exclusion and rating of research papers, and instead asserts that the methodology section in the consultation document contains all the elements one would expect from a rigorously conducted systematic review.

However, there is actually no publication of the data extraction tool used by the review group, nor is there an appendix with the data extraction table which summarizes the data that has been extracted, nor is there a table showing how the criteria for the quality items for each paper were scored and how the overall score was derived. But all of these are actually common practice in Cochrane Reviews published in the Cochrane Library and are in fact required in order to understand the final conclusions drawn by the review team. The methods may be accurately described in the review document (as Unity correctly asserts) but the selection process is not made clear. Decisions for judgments made regarding a source of bias have to be made explicit.

Second, Unity takes issue with CMF’s suggestion that, given the limitations in the current data, other methods to seek the views and experiences of those involved in the care of women who have had an abortion should be considered as a valid source of evidence. He/she complains, ¬ somewhat absurdly, ¬that qualitative studies almost always provide no usable evidence for a review of this kind.

However, the inclusion of qualitative data, particularly in evaluating complex health care issues is of increasing importance to policy makers and health care professionals. The Cochrane Collaboration and leading academics such as Tricia Greenhalgh, Andrew Booth, Geoff Wong and Jennie Popay are developing ways of incorporating and synthesizing qualitative data in systematic reviews. It is simply naive to dismiss the rigorously collected narrative data qualitative that researchers can bring to an understanding of such an issue.

As far as I am aware Unity has not sent in a response to the RCPsych review committee himself/herself (or at least not published one). One would have expected that someone who claims to understand the data and research so well would have put his/her own response - and indeed credentials (and even perhaps his/her real name!) - into both the public domain and to the RCPsych. This raises questions about how willing Unity is to have his/her own responses objectively evaluated. He/she is apparently more adept at throwing stones than building anything of worth him/herself.

CMF has invested time into producing a balanced, informed and fair critique of the RC Psych review and submitted it formally. This is the correct way to respond to official consultations.

Unity’s outpourings are symptoms of a deep anxiety about the fact that the pro-abortion lobby is steadily losing ground as a result of growing public disquiet about abortion numbers and a growing evidence-base about the adverse effects of abortion on the mental and physical health of women. I would recommend taking a detour around them rather than attempting to wade through them.

Meanwhile, CMF’s submission to the RC Psych consultation remains in the public domain and is offered as a serious response to serious debate.
Posted by Peter Saunders at 07:44