More brief euthanasia updates from around the world – some good, some bad 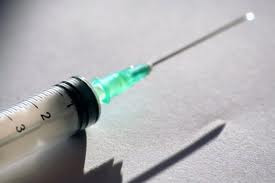 I have recently posted two blogs giving a round up of international euthanasia news, both of which have attracted a lot of interest and have been copied onto several other websites.

Both are still steadily attracting new visitors and I get the impression that there is a lot of ignorance in this country about what is happening elsewhere.

The first of these gave details about moves in six countries to legalise assisted suicide or euthanasia all of which have been defeated in the last eighteen months.

The second listed twenty things Terry Pratchett’s documentary did not tell us about euthanasia in Europe.

Alex Schadenberg, who heads up the Euthanasia Prevention Coalition in Canada, has just sent out a newsletter with links to articles on his blog that may also be of interest to readers. Alex’s blog is a veritable feast of information about these issues.

There are first two good news stories. The Bulgarian parliament Health Committee has overwhelmingly rejected a bill to legalize euthanasia and the State of Oregon (where assisted suicide has been legal since 1997) has passed a law making it illegal to sell, produce or distribute Suicide Kits.

Then there is the bad news from two countries that have legalised euthanasia – both salutary warnings to us.

First is an article by Wesley Smith on Wesley Smith, ‘Where euthanasia meets organ harvesting’, on the new practice of retrieving organs from euthanasia patients in Belgium. I recently blogged on this myself and succeeded in getting the story into the Daily Telegraph and Daily Mail – but Wesley has fresh insights. He writes:

Some might ask, if these patients want euthanasia, why not get some good out of their deaths? After all, they are going to die anyway.

But coupling organ harvesting with mercy killing creates a strong emotional inducement to suicide, particularly for people who are culturally devalued and depressed and, indeed, who might worry that they are a burden on loved ones and society. People in such an anguished mental state could easily come to believe (or be persuaded) that asking for euthanasia and organ donation would give a meaning to their deaths that their lives could never have.

And it won’t stop there. Once society accepts euthanasia/organ harvesting, we will soon see agitation to pay seriously disabled or dying people for their organs, a policy that Kevorkian once advocated. Utilitarian boosters of such a course will argue that paying people will save society money on long-term care and allow disabled persons the satisfaction of benefiting society, while leaving a nice bundle for family, friends, or a charitable cause.

Finally a second article reports that the Netherlands is normalizing euthanasia of people with dementia, first reported here by the Daily Mail. The Mail uncovered the fact that a total of 21 patients with early-stage dementia, including Alzheimer’s, died by lethal injection in the Netherlands last year.

I was struck by the Swiss doctor at Dignitas suggesting to Terry Pratchett (who suffers from early dementia) in his controversial documentary last month that if he was going to end his life then he needed to get on and do it at a point when he was still mentally competent to make the decision. Chilling!

Pratchett had already said that if he ever lost the ability to dictate his novels he would not consider his life worth living, despite the fact that his wife obviously did and was keen to look after him. He claimed that he ‘knew better’.

It seems that some Dutch people are already doing what the Swiss doctor suggested. I suspect that the organs of people with early dementia would be healthy and fresh enough to interest transplant surgeons.

I wonder if that might be the next step for the Dutch.
Posted by Peter Saunders at 13:16

Email ThisBlogThis!Share to TwitterShare to FacebookShare to Pinterest
Labels: end of life, Euthanasia