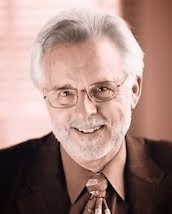 I blogged yesterday about UK scientists calling on Parliament to create a regulatory body to approve experiments with animals using human tissue or DNA and gave seven reason why we should we wary of it.

I see that Wesley Smith (pictured), of Second Hand Smoke, has called the scientists call a ‘hollow gesture’ and a ‘mere PR gambit’.

Again he gives seven reasons why. I have reproduced them below.

Many Scientists and Bioethicists Reject Human Exceptionalism: Regulating this field presumes that there is something important, even sacrosanct, about maintaining the distinction between human beings and animals. But many bioethicists and scientists today reject that moral view. In the absence of protecting HE as a core purpose, any regulations that are enacted will be as robust as tepid tea.

Regulations Over Science Tend To Cover Only That Which Can’t Yet be Done: Most proposed restraints in these cutting edge areas of science would only regulate that which cannot yet be done. Example: We often hear scientists say that they should be barred from experimenting on embryos beyond 14 days “for now.” That’s because embryos currently can’t be maintained in vitro beyond 14 days. When and if embryos can be maintained outside a woman’s body longer, count on the regulations being “revisited.”

Regulators are Often Rubber Stamps: The UK Embryo Authority has rarely, if ever, said no to scientific experiments. And if they appear ready to disapprove, the scientists merely start yelling and the regulators quickly fold. We saw that with the request to engage in human SCNT cloning in the UK using animal eggs. Why would the human-animal DNA regulatory authority be any different? In the USA, most regulations over embryonic manipulations deal with government funding, rather than what can be done legally. Moreover, these regulations are usually tighter than “expert” advisory bodies want.

Suffering Is The Ever Ready Excuse: These kind of experiments are always promoted as necessary for future cures. In a society in which “preventing suffering” has become the overriding purpose–and in which important ethical principles often fall to emotional narratives–it is hard to see where any permanent limits can ever be drawn or enforced–unless it hurts animals, that is.

Scientists Don’t Like Being Told No: The scientific community is in dire need of a humility injection. Indeed, I have detected a real sense of entitlement within the science community, even a presumption that they possess a fundamental liberty interest to conduct virtually any experiment they want. If laws and regulations with teeth were ever created–and kept when the proscribed activity became feasible–in the USA there would be a lawsuit filed to create a constitutional right to research, as has already been threatened. I would expect similar litigation in Europe.

The Rogue Countries Excuse: Since some corrupt countries could always be found to allow unethical experiments, some scientists would argue that they should be allowed to pass previously proscribed lines to ensure “transparency”–which has become a substitute for principled moral boundaries in the West.

Nothing Can Be Defined Anymore: We live in a postmodern age in which language has become so malleable that clear definitions are almost impossible to create and crucial distinctions are obliterated with malice aforethought.
Posted by Peter Saunders at 12:45