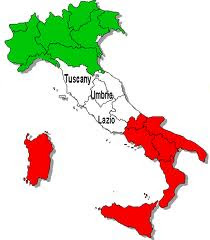 Earlier this year I reported that France, Australia, Scotland, Israel and Canada had recently blocked legislation to allow euthanasia or assisted suicide.

Last week the Bulgarian parliament Health Committee overwhelmingly rejected a bill to legalize euthanasia and the State of Oregon (where assisted suicide has been legal since 1997) passed a law making it illegal to sell, produce or distribute suicide Kits.

Today Lifesite News has reported on a vote in the lower house of Italy’s parliament to prohibit the starvation and dehydration of patients in a move that is seen as a response to the killing of Eluana Englaro in 2009.

In a 278-205 vote recorded in secret, the Italian Chamber of Deputies voted to approve the bill, which prohibits ‘all forms of euthanasia and all forms of assistance or aid for suicide.’

The law provides for the creation of Anticipated Declarations of Treatment (DAT), which are also known as ‘Living Wills.’ DATs will allow patients who are unconscious or otherwise unable to communicate to refuse treatments that are ‘disproportionate or experimental.’

However, under the bill the withholding of food and fluids is prohibited in all circumstances. It states that nutrition and hydration ‘cannot be the object of the DAT’ and ‘must be maintained until the end of life, with the exception of cases in which the same proves to be no more efficacious in providing the patient in the terminal phase with the nutritional factors necessary for the essential physiological functioning of the body.’

The measure now goes to the Senate, where it is also expected to be approved.

The bill originated in late 2008, while Eluana Englaro, a 38 year old woman in a ‘vegetative state’ but otherwise in perfect health, was being starved and dehydrated to death by decision of her father. It was introduced after the nation’s Supreme Court allowed the killing to proceed. Englaro died after four days without food or water after the nation’s president refused to sign the anti-euthanasia.

In Britain, since the Tony Bland judgement in 1993, the courts have allowed applications in Britain to remove nutrition and hydration from patients suffering from ‘permanent vegetative state' (PVS).

But the Italian move comes just days before an application to the Court of Protection in Britain to withdraw nutrition and hydration from a woman in a ‘minimally conscious state’.

The case poses a major threat to disabled people and if successful will take Britain several more steps down the slippery slope towards legalizing full-blown euthanasia - way beyond Italy.
Posted by Peter Saunders at 15:35