Alistair Banks: the incurable optimist – an inspiring story of courage in the face of motor neurone disease 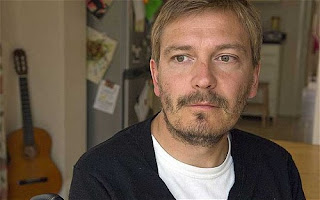 Recently I blogged about Martin Pistorius – an inspiring story of faith, hope and love in the face of locked-in syndrome.

It was equally refreshing to read today in the Daily Telegraph the story of a man with motor neurone disease, ‘Alistair Banks: the incurable optimist’.

This is just the kind of inspiring testimony of which we should be hearing much more.

Just a few paragraphs to whet your appetite:

On the face of it, Alistair Banks does not have much to be optimistic about. Last year he was diagnosed with motor neuron disease (MND), and he is likely to die before very long. Aged only 40, the thought of leaving his wife and two small children brings tears to his eyes. He can no longer walk, let alone continue to work as a teacher. Yet his perky face is currently smiling out from billboards all over the country under the description: ‘Alistair, the Incurable Optimist’.

Where others in his position may be thinking of heading off to Dignitas in Switzerland to put an end to it all, or railing against the laws that prevent assisted suicide in this country, he is making the most of every minute left to him.

His optimism is not unusual, he maintains. 'Everyone I know with MND is trying to do positive things, otherwise they would sink into despair. It’s a coping mechanism. Doing things means that you can pull in friends and family to share something both fun and rewarding.'

The overwhelming vast majority of people with diseases like motor neurone disease, multiple sclerosis and Parkinson’s disease – or even locked in syndrome for that matter - do not wish to end their lives.

They want help and support from others to make the very most of the lives that they have. Not ‘assisted dying’ but ‘assisted living’.

Matt Hampson, the Leicester prop who lost the use of all four limbs after a rugby scrum collapsed once told me the secret of his battle with disability. ‘I don’t think about what I can’t do, but what can still do’, he said.
Posted by Peter Saunders at 10:55